Ladoja at 77: Alli, Others Donate To Motherless Babies Homes 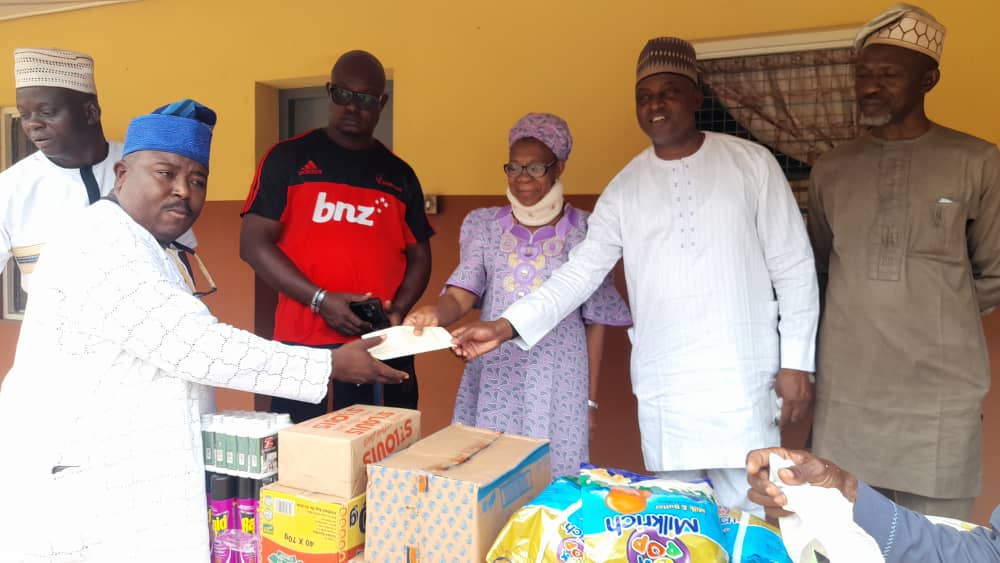 A former Secretary to Oyo state government, Akogun Sarafadeen Alli on Friday led political children of a former governor of the state, Senator Rasidi Ladoja to motherless home as part of the celebration of his 77 birthday.
The former governor who is currently the Osi-Olubadan of Ibadanland, will on Saturday, September 25, clock age 77.
Alhaji Sharafadeen Alli who led supporters of the former governor to the motherless home donated cash and several items to the homes in commemoration of the birthday.
The two homes visited were Ibadan Motherless Babies home and an orphanage owned by Federation of Muslim Women Association of Nigeria(FOMWAN).
Some of the items donated to the homes were packs of diapers, bags of rice, packs of industrial detergent, packs of noodles and packs of disinfectants.
Oyoecho reports that others items are packs of biscuits, crates of eggs, packs of insecticides, packs of various beverages and N50,000 each to the two homes.
Speaking at the homes, Alli said that they decided to celebrate the former governor through donations to motherless babies home in line with Ladoja’s sterling quality of identifying with the underprivileged.
He said; “We his children, associates and admirers decided that to commemorate his birthday this year, we need to follow his footsteps of being kind to humanity.
“We want you to please manage these items. It is just our own token of showing appreciation to Almighty God for sparing the life of our man.
“We pray to God to grant him sound health, abundant blessings and more years on earth,” he said.
also see:

Mrs Remi Odeyemi, the Matron, Ibadan Motherless Babies Home, appreciated the donors for considering the option of celebrating with the children.
The 82-year-old matron appreciated Ladoja’s usual kindness to humanity, saying the former governor was one of the regular donor to the home.
She prayed that Almighty God grant him sound health and more years on earth.
Mrs Tawakalit Imam, the Administrative Officer, FOMWAN, Oyo State Chapter, appreciated the donations from the visitors.
She described the gesture as very timely and appreciative, considering some of the challenges faced by most of the homes in the country.
Imam also described the former governor as a kindhearted man had had been donating regularly to the home for many years back.
She also prayed that Almighty God grant the former governor long life, sound health and abundant blessings.
Alhaja Aisha Idowu, the Chairperson, FOMWAN Orphanage Committee led other members in a special prayer for the former governor.
Others on the visitors entourage are Hon. Kolawole Raji, Hon. Bimbo Adepoju, Alhaji Kazeem Okanlawon, Hon. Katie Omotosho and Hon. Wasiu Olatunji.