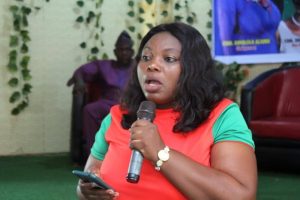 A Chairperson aspirant of the National Association of Women Journalists (NAWOJ), Mrs Lola Alamu on Tuesday led other aspirants to campaign at the Oyo state information chapel, state Secretariat, Agodi Ibadan.
Oyoech recalled that the campaign team, led by the Director General, Mr. Olaposi Ishola flagged-off its campaign at the Press centre, Iyaganku, Ibadan on Monday.
Speaking at the event, the chairperson aspirant, Lola Alamu promised never to let down the association in the state, adding all efforts are in top gear to ensure all members enjoy dividend of the association. 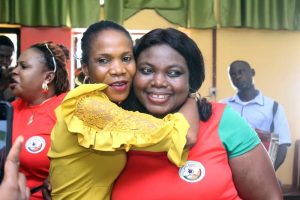 p
Lola Alamu who commended former leaders of NAWOJ from the national to state levels said she was compelled by her supporters who believed in her candidature to run for the office.
also see: 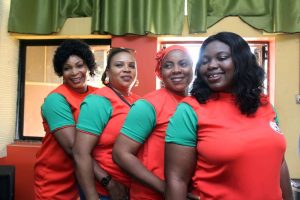 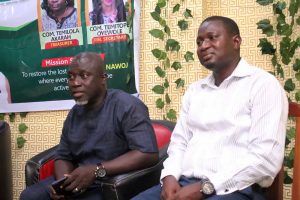