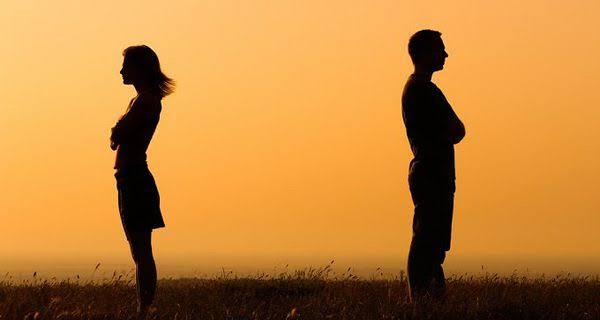 The President of a Mapo Customary Court in Ibadan, Chief Ademola, Odunade,on Friday dissolved a 13 year-old marriage between one Abidemi Dada, a Sound Engineer, and Opeyemi over regular sex starvation, disrespect and arrogance.
Odunade held that the bound of love between Abidemi and Opeyemi has been irreparably damaged, hence the dissolution.
He awarded custody of the first two children produced by the union to the petitioner and asked the respondent to go with the last because of her age.
“This court did everything possible to keep the couple together, but none of the duo is willing to shift his/her sword.
“It is my advice to men and women and even already married people to learn how to exercise voluntary control over their temperament,” the Arbitrator said.
Abidemi who lived at Oke-Ado had on March 19 filed the suit, arguing that his wife had for too long subjected him to sexual deprivation, disrespect and arrogance.
He also contended that Opeyemi refused to abide by the court’s earlier advise to her to make amendment where necessary as she has continuously neglected her role as a wife.
“When it all started, Opeyemi stopped allowing me to perform my conjugal rites and our Church Pastor intervened by advising her to turn a new leaf
“Things went from bad to worse as she left my room altogether, sleeping in another bedroom and refusing to take care of our three children.
“When she complained of some health challenge to me, I personally followed her to the University Teaching Hospital (UCH) for treatment and the Doctor informed me that she was okay again.
“In fact, Opeyemi told me that she felt like stabbing me to death, I don’t want to die before my time, my lord,” Abidemi said.
Opeyemi, a resident of Oke-bola area in Ibadan consented to the suit and did not deny any of the allegations leveled aginst her.
She submitted that her actions were intentional and for her wellbeing.
“I deliberately disallowed him from sleeping with me because anytime Abidemi does so, blood flows out of my body for nothing less than seven days.
“Even during my menstral period, he demands for sex and I can’t withstand it.
“Abidemi has aborted pregnancies for me on four different occasions with huge negative consequences.
“I wouldn’t know the negative effective of the family planning he asked me to do is the cause of my constant bleeding,” Opeyemi stated.

My Wife Sleeps With Different Men, Gossiping Around In Neighborhood, Man Tells Court

My Husband Is Not A Responsible Husband, Father For His Children, House Wife Tells Court