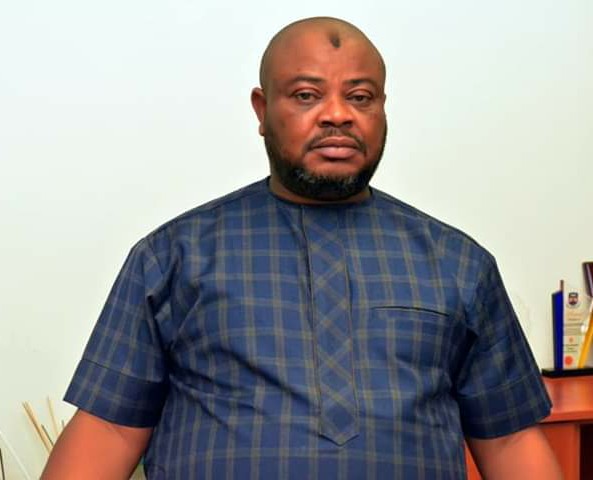 A Senior Special Assistant to a member of House of Representatives, representing OgoOluwa /Surulere federal constituency, Hon Segun Odebunmi has berated  the Caretaker Chairman, Surulere North LCDA, Hon. Sarafadeen Olatunji Mohammed for claiming the glory of the National Emergency Management Agency (NEMA) in his constituency.
The  Senior Special Assistant Alhaji Al-Maruff Ajibolu who cautioned Sarafadeen Olatunji Mohammed from presenting himself as the facilitator of a recent interventions/relief programs donated to affected communities within the council area by the National Emergency Management Agency (NEMA) said such act, is the usual PDP Gestapo manner of reaping where they did not sow.
Ajibolu noted that the intervention program was driven to the council area by Hon. Dokun Odebunmi, who used his goodwill and tenacious representative prowess to attract and commit NEMA to the affected communities within the council area.
The lawmaker’s aide reckoned that Olatunji seems to be fond of creating good impression about his performances in office to cover up his failures and inability to deliver on the legitimate expectations of the people. Unfortunately, capacity is everything. You cannot give what you did not have.
also see:

“It is shameful that the PDP government at the state level who  recently went about re-commissioning projects that were already completed by his immediate predecessor and waiting handover, has  now knavishly institutionalized such practise and Roguish  tendency within their party that PDP appointees like Olatunji now scandalously adopt without remorse all in a bid to deceive the people. It is even most unfortunate, that this comes from a Chairman that is foisted on the people against all known laws governing the administration of Local Government in Nigeria.
Ajibolu stated this while reacting to a report that Mohammed facilitated relief materials worth Millions of Naira to victims of rainstorm which affected about 250 households in 10 communities in April.
Ajibolu  said “The council chairman knew nothing about how representatives  of National Emergency  Management Agency got to know about the incident  let alone coming down to the affected communities to assess the extent of damages, only for him to be claiming the glory when they brought the item. It is grossly incredible”.
To put the record straight, My Principal  Hon. Segun Dokun Odebunmi facilitated the materials and this was made possible due to the existing harmonious relationship he enjoys with NEMA that antedate even the present government in Oyo state. It is a long term relationship which the people of Surulere and Ogo Oluwa have hugely benefited from for almost half a decade. So one man, who has rarely been to the capital city let alone being aware of the road to NEMA office cannot just come and claim such glory.
He added that “Immediately the incident was reported , Hon Odebunmi in his usual character acted out of duty and wrote a letter to the Headquarters of NEMA after which they stormed the scene immediately. He followed up on this thoroughly till they brought the first batch of the items , only for us to see the council chairman  and his stooges spreading it across different media platforms that they have fulfilled promise’.
Meanwhile, He called on the Council boss to instead of progressing in error to ugently liase with the Governor and the Oyo-State Emergency Management Agency to emulate Hon Odebunmi(BUNVIC) by contributing their quota in ameliorating the plight of the victims instead of using same for fake  political grandstanding.
Ajibolu aslo commended Mr President and the DG NEMA for assuring the Relief materials are been released on time.

You Can’t Cause Crisis In Our Camp, Alli Tells Oduyoye

June 12: No Peace For Those Who Truncated Abiola’s Victory – Ajanaku