...says he was misquoted on Agbowo shopping mall story 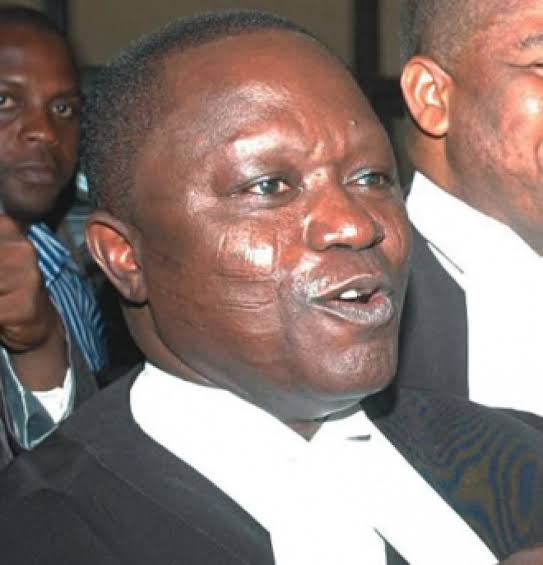 A legal luminary and aspirant of the All Progressives Congress (APC) in Oyo state for 2019 gubernatorial election, Chief Niyi Akintola (SAN) on Sunday predicted victory for the candidate of the party in this month governorship election in Ondo state, Governor Rotimi Akeredolu (SAN).

He said Akeredolu would triumph despite all the gang up against him.

The Senior Advocate of Nigeria (SAN) who spoke while preparing to leave Ibadan, his country home to join the grand-finale campaign of Akeredolu in Ondo state, denied the recent media reports by some online medium that he discredited the former governor of Oyo state, Senator Abiola Ajimobi on Agbowo Shopping Complex.

Akintola who chaired 60 years Anniversary of Nigeria Independent, organized by the Oyo state council of Nigeria Union of Journalists (NUJ) said he truly commended the idea of repackaging the Agbowo edifice which was conceptualists in about 47 years ago but however said “operating it for 50 before transferring it to the state government is not reasonable.”

oyoecho.com reports that some online medium had after the Thursday independent lecture reported that Akintola discredited past administrations in the state for neglecting the Agbowo shopping mall, but commended governor Seyi Makinde for remodeling the building.

The legal luminary therefore said it is mischievous and erroneous for anyone to misquote him on the matter.

Earlier, the Chairman of the Oyo state council of the NUJ, Comrade Ademola Babalola who was on thank you visit to Chief Akintola in company of his treasurer, Comrade Akeem Abass had regretted unprofessionalism of those who misquoted the legal icon, urging him to forgive the errors.

Babalola tasked members of the union to continue upholding the ethics of the profession and ensure their facts are thoroughly crosschecked before going to press, just as he mentioned some developments taking place at the NUJ secretariat in the last nine months he took over the mantle of leadership of the state council.

He said; “I am happy to inform our members that the pen group of schools will soon be repositioned. For those who are close the the Centre, they must have noticed that we have commenced renovating the school structure. In a week time, we shall put it into proper and befitting state,” he said.