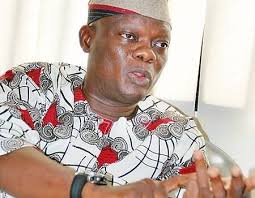 The senator representing Oyo central Senatorial District, Senator Teslim Kolawole Folarin is a smart politician.
As a graduate of Adedibu Molete Amala politics, Folarin dine and wine with national leadership of political party he belongs, thereby understands national politics.
In 2015, Senator Folarin, controversially emerged as the PDP governorship candidate in Oyo. At that time,  some aspirants boycotted the primary that produced him as candidate, claiming “it is illegal”. 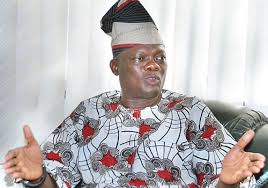 Analysts averred that Folarin may have his way in 2023, if his growing popularity continues spreading across the state.
Folarin who was tagged senator “Mo n bo” (Senator later) because of his alleged mincer attitude is now generous because of his ambition.
A source closed Folarin’s camp in APC told oyoecho that the man is working tirelessly to ensure all the aggrieved parties are brought together.
The source who crave for anonymous said he has agreed to give Folarin his support and political structure but quickly said agreement must be well spelt out before the alliance.
However, another APC member, Ishola Akeem said Folarin cannot be trusted with power because he knows how to use power.
“A man who suddenly became nice to people cannot be trusted. He came from nowhere and believe we can give him ticket. Let’s wait and see,” he said.
In 2015, out of the seven aspirants who attended the PDP primaries, only three contested against Senator Folarin, who won with 167 votes while two others abstained.
Some of the main contenders like the former Oyo State Governor, Adebayo Alao Akala and the incumbent governor, Engr. Seyi Makinde were absent from the primary.Makinde​ threatened that the party may not field a candidate for the 2015 gubernatorial election in the state.
Makinde who champion the legal battle against Folarin in 2015 in a letter addressed to the national chairman of the PDP, Adamu Mu’azu, protested the outcome of the Oyo PDP governorship primary, which former Senate Leader, Tesl​i​m Folarin, won.
The letter, copied to the Presidency at tat time was signed by Mr. Makinde’s lawyer, Ikechukwu Ezechukwu.
also see:

Mr. Makinde warned that if the PDP decided to wave aside the ruling of a Federal High Court in Abuja on a suit instituted by Adelowo Aremu, which recognised delegates that were produced in the rescheduled ward congress, the party may not field a candidate for the 2015 elections in the state.
The Federal High Court judgement, said to have been delivered last week, upheld the validity of the party’s last ward congress exercise organised to produce delegates to the primary election.
But with the threat,  Folarin contested the election which earned him the sobriquet, “Jaagba” (snatch it).
Just like 2015 in PDP,  Folarin has set his machinery on motion as 2023 general election approaches.
He defected to APC in 2017. Contested for Oyo south senatorial district and won in 2019.
Interestingly, this ambition, which the Senator has been nurturing over the years is maturing as his influence in Oyo State politics is spreading like a wildfire.
His political odyssey started at age 39 when he was elected to the senate chamber in 2003, becoming one of the youngest at that time to occupy a seat at the red chambers.
In a bid to chase his long time dream of becoming the number one citizen of Oyo state, he threw his hat in the ring by contesting in 2015 under the Peoples Democratic Party, PDP, but he was battered in the election by Senator Isiaka Abiola Ajimobi, who was then the incumbent governor of the state.
Giving up easily on his dreams is not an option for the godson of the late Lamidi Adedibu, as he is currently working underground ahead of 2023.
He is currently consulting with party members and other political heavyweights in the state and has vowed to achieve his ultimate aim this time with all dedication and determination.
Many will still recall vividly that eight years after losing the return ticket as a two-term senator and majority leader of the Senate between 2007 and 2011, Folarin bounced back in 2019, when he won his seat back at the Senatorial election in Ibadan under the All Progressives Congress, APC platform.

Makinde Gets Medical Equipment worth N250 from Private Sector