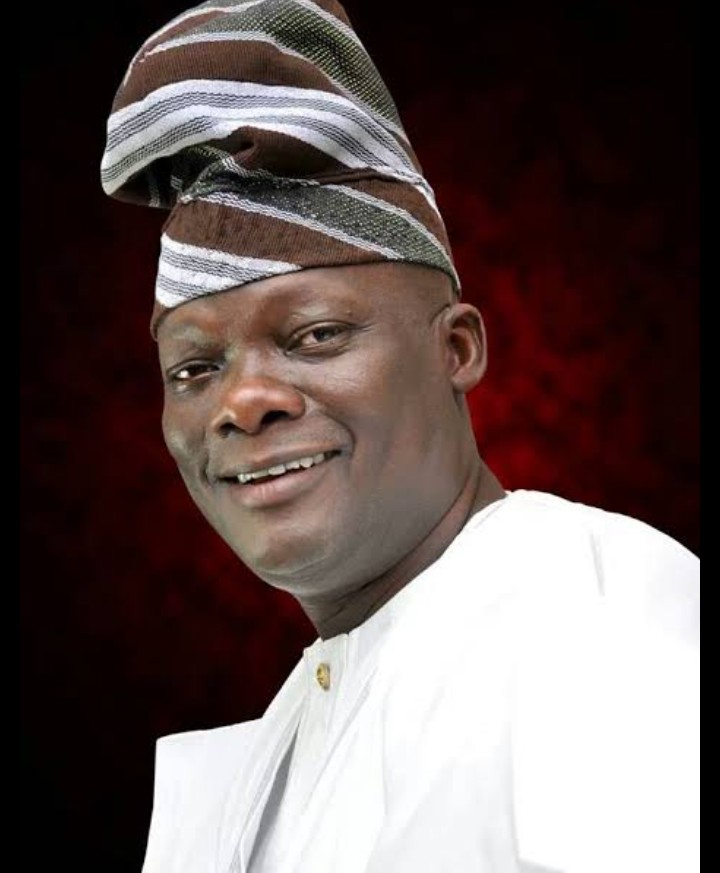 The Senator representing Oyo Central Senatorial District, Oloye Teslim Folarin, has raised concern over increased insecurity in Oyo State. He decried the latest news of the murder of 7-month-old pregnant Shomuyiwa Azeezat in Akinyele area of the state.
Five days after Miss Bello Barakat was gang-raped and subsequently murdered, Shomuyiwa Azeezat was killed in a cold blood in her rented apartment. The horrific events happened in Akinyele Local Government Area.
Senator Folarin, in a statement released by his Special Adviser on Media and Publicity, Com. Yso Olaniyi, expressed his deepest concern over the security collapse in Oyo Sate. He described the ugly incidents in his district as horrific, barbaric and shocking.
The statement reads in part, “On 1st June 2020, Miss Bello Barakat, aged 19years and a student of Institute of Agriculture, Research and Training, Moor Plantation Ibadan – Oyo State, was gang-raped and stabbed to death by unknown persons. The horrific incident took place at the back of the home she shared with her family in Akinyele area of Ibadan”.
“On Sunday, 31st of May 2020, unknown gunmen invaded Ikereku, Pade and Olanla Villages in Akinyele LGA and gruesomely killed three constituents. Fact check reveals that the deceased persons (Ope Babalola, Waheed Ganiyu and Yemi Osunolale) were shot dead in their farms by the attackers and their bodies were picked up in the bush”.
also see:

“On 25th April 2020, the two-year-old twins of popular Ibadan-based Islamic scholar, Sheik Taofeek Azeez “Akewugbagold” were kidnapped at gunpoint at the cleric’s residence located at Abatakan area in Ojoo, Ibadan. The twins spent 8 days in captivity before they were released after the abductors were paid N4million ransom. The abuctors initially demanded for £100,000 which is equivalent to N55 million for the release of the children”.
“On 6th of June 2020, I woke up to another horrific and shocking news of a 7-month-old pregnant young lady, Shomuyiwa Azeezat. She was found in a pool of blood in her rented apartment at Aba Ijefun, Akinyele local government, Ibadan. Evidence reveals that she was hit with an heavy stone on the head. Late Azeezat was a postgraduate student of Social Work Department, Faculty of Education of the University of Ibadan”.
The former senate leader while commiserating with the families that lost their loved ones, lamented the harvest of deaths and high-wave of crimes in the state.
He noted that insecurity in Oyo Sate has been on the increase in the last 10months. “Just like the residents of Oyo State, I am deeply worried over the collapse of security architecture in the state. The ugly situations must not continue, Oyo State government must declare state of emergency on the security situations in the state. The government must be seen living up to the expectations of the people by ensuring adequate protection of their lives and properties” he said.
Oloye Folarin said the spate of killings, kidnappings and rape incidents in Oyo State and other parts of Nigeria call for great concerns of all the tiers of government, stakeholders and the citizens. He therefore called on relevant security agencies to speedily investigate the crimes with a view to bringing the culprits to book in order to serve as a deterrent to others.
“I pray for the families that lost their loved ones. As a stakeholder and Senator representing Oyo Central, I am already working with relevant authorities to bring the perpetrators to book” the statement concluded.