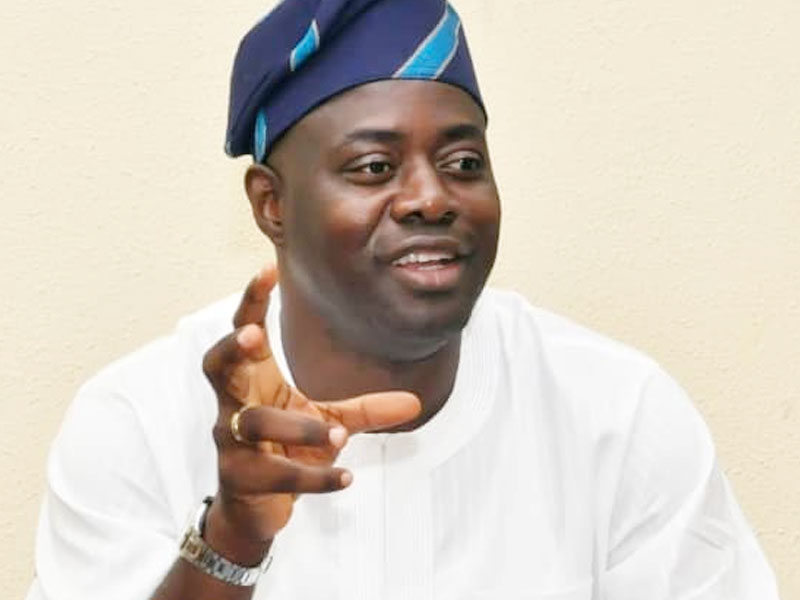 Oyo State governor, Seyi Makinde, has been commended for creating a conducive environment for local governments in the state to function to the optimal level, which has fetched 14 council bosses in the state awards of excellent performances.

The Sun Newspaper reports commendation galore came from the awardees, members of Oyo State House of Assembly and the organisers of the event, for the governor at the official presentation of the awards to the lucky council chairmen at Lady Bank Anthony Hall, University of Ibadan.

The Head, Department of History, UI, Prof Olutayo Adesina, was the guest lecturer on the occasion, while the Chairmam, Oyo State House of Assembly Committee on Local Government Matters, Bamidele Adeola, chaired the programme. The Chairman of Oyo State Council of Nigeria Union of Journalists (NUJ), Ademola Babalola, was also honoured with the merit award.

Managing Director/Chief Executive Officer of Merit Communications, Mr. Olugbenga Ojedokun, stated: “I appreciate Governor Seyi Makinde for creating an enabling environment for growth and development at the grassroots development. In the same vein, I commend the Speaker, Oyo State House of Assembly, Adebo Ogundoyin, and the entire honourable members, whose oversight function reports, formed one of the key indices for assembling the local government caretaker committee chairmen’s performances.

“Nineteen chairmen were qualified and subsequently selected for the award but 10 most outstanding ones were eventually nominated. However, after an eleventh minute hour exhaustive deliberation, the organisation decided to increase the number to 14 so as to cut across the geo-political zones in Oyo State.

“Under democratic rule, people are used to criticise the failure of government. It is therefore imperative, in the same vein, to also appreciate and honour public office holders that are not performing well. In doing this, we shall be promoting good governance with a view to encouraging them to do more, motivating others who did not make the list to better performance, and informing the good people of Oyo State about the revolution going on at the grassroots level of governance.”

Delivering a paper on the topic: ‘Local Government Development and Administration,’ Prof Adesina stated that studies have revealed that the available evidence permits no other conclusion that for years, the federal structure of Nigeria inhibits local government’s ability to mobilise and use revenue to meet their obligation in sustainable manner. He added that one of the recurrent obstacles of the third tier system in the country is the dwindling revenue generation as characterised by annual deficits and insufficient funds for meaningful growth and viable project development.

“The level of these relationships between and within the nation federating units – federal, state and local government), particularly as it relates to revenue sharing has continually remained issues in the front burner of the nation’s polity. The encroachment of the local finance by the state government has negatively affected the performance of local government in terms of its constitutional responsibilities.”

The caretaker committee chairmen of Egbeda Local Government, Chief Amos Olawoyin, and Surulere North Local Council Development Area (LCDA), Olatunji Mohammed, gave kudos to Governor Makinde for giving them the opportunity to serve and for also creating conducive environment for them to work.

Olawoyin said: “I feel very happy. The feat was achieved through hard work. Our system in this local government was made possible by many people. We gave a lot to the people at the grassroots. That is dividends of democracy. We love our people. We know what they want, and we gave them what they want. We gave transformers to communities and we provided water for them. We also gave funds to small and medium enterprises.”

Mohammed also stated: “I am very happy about this award. Two things made me happy. The first one is that most awards are usually bought; but this award was not bought. I did not even know that I would get this award until the eve of the presentation of this award. Somebody called and informed that he heard my name on Broadcasting Corporation of Oyo State (BCOS) for this award. I am very elated that with what we are doing, somebody is looking at us, people are watching and they have been able to see the kind of impacts that we have made on people. Two, the reward of good work is more work.”