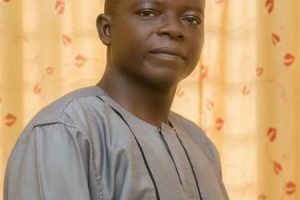 The Oyo State Council of the Nigeria Union of Journalists (NUJ) on Tuesday warned members of the public to stop dealing with the immediate past Chairman of the union in the state, Adewunmi Faniran who is still parading himself as the chairman of the union in the state.
NUJ said there is need to sensitise the public on the development in the union because the radio station where the former Chairman works, FRCN (Radio Nigeria), has been fouling the air, misrepresenting and peddling lies with fake news to mislead members of the public about the status of Faniran who was voted out of office, seven months ago.
The NUJ calls on the Nigerian Broadcasting Corporation (NBC), the Director General of the FRCN, Mr. Mansur Liman, the Zonal Director of the station, Mr. Mohammed Bello, the President of the NUJ, Comrade Chris Isiguzo, the Minister of the Ministry of Information, Alhaji Lai Mohammed and the Permanent Secretary of the Ministry, to rein in, on the station before they cause further damage to the integrity of FRCN nationwide.
The Oyo NUJ threatened that should the station continues to parade Faniran as Chairman of NUJ against the constitution of the body, it would be left with no other option than to publish a disclaimer in three natio national dailies to expose the personality of the erstwhile chairman with his photograph, for unsuspecting members of the public to be weary of him.
This development, according to the NUJ, becomes imperative because Faniran has refused to release the properties of the union in his care which include but not limited to cheque books of the financial transactions of the union domiciled in three banks namely; UBA, Access and FCMB.
The Union in a statement issued by the secretary of the Union in the state, Sola Oladapo on Tuesday commended the efforts of the Nigeria Police Force to ensure that the items were retrieved from Faniran but became helpless because of the uncompromising stance of the erstwhile Chairman.
The NUJ further said anyone who engages in any deal with Faniran in the name of the NUJ, does so at his or her risk as the man has been voted out of office since December 18th 2019 when members from across the nine of 10 Chapels that make up Oyo NUJ overwhelming elected a new Chairman, Ademola Babalola and his crop of executives.
It would be recalled that the immediate past secretary of the council, Bola Ogunlayi reportedly handed over the union properties in his care, including vehicle number plate for his office to the newly elected secretary of the union, Sola Oladapo while Faniran and Busola Adetunji, the former Treasurer, held on to bank books, fuelling suspicion that nefarious activities might be going on, on the aforementioned bank accounts.
The NUJ has therefore put the union account officials and members of the public on red alert, as it warned them against further dealing with past union officials.
Efforts by the police to retrieve the bank details from them on Monday, were rebuffed as the law enforcement agents advised the NUJ to issue disclaimer in national dailies against the recalcitrant officers.
The police also admonished the NUJ to freeze the bank accounts to ward off shady deals by the defiant erstwhile NUJ Chairman.
Our correspondent gathered that despite several warnings and reminders by the national secretariat of the union and the new executive led by Babalola, Faniran refused to corperate with the union leadership.
Reports say the issue became messier recently when some veterans of the union who are lecturers at the International Institute of Journalism (IIJ) approached the current chairman that they could not get their salaries in the last seven months because the outgone chairman refused to handover the union properties which also include signing off, as signatory to the bank account of the school.
The letter signed by the duo of Mr. Ganiyu Waheed (for and on behalf of lecturers) and Mrs. Olawumi Adenubi, the Administrative Officer  said, “seven months ago, the NUJ elected Mr. Ademola Babalola Ismail as the new Chairman to run the NUJ affairs for another three years.
“Unfortunately, his predecessor, Mr. Adewumi Faniran has since then, refused to sign off as a signatory to the IIJ, Ibadan account, to pave way for the new Chairman, Ademola Babalola Ismail to sign the IIJ cheque.
“We are elderly retired journalists serving as lecturers to keep our bodies and souls together and impacting knowledge to upcoming journalists.
“Since the beginning of this year, we are faced with the agony of hunger and starvation. We shall therefore be grateful if you can use your good offices to appeal to Mr. Faniran to sign off for the new Chairman so that we can be paid. We pray we will not starve to death,” they appealed.
also see: