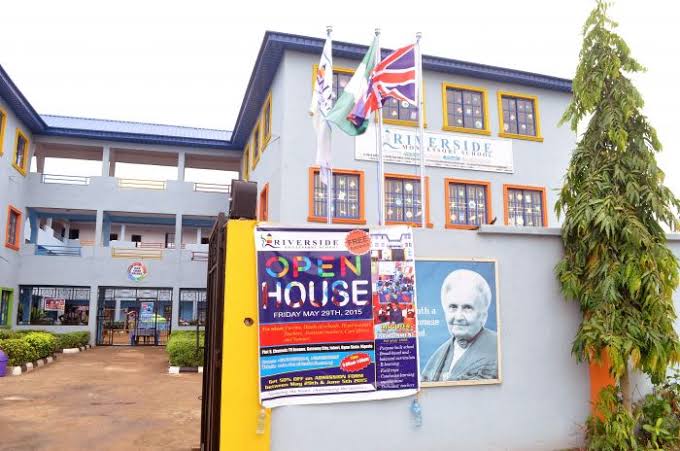 Some concerned parents of Riverside College, Channels Road, OPIC, Isheri Lagos State, have disagreed with the school’s management over its refusal to allow the establishment of Parents Teachers Association (PTA).
The parents contended that the setting up of PTA for the secondary school section was critical regarding the effective administration and quality educational service of the school.
In a statement forwarded to the Newsmen by the spokesperson of concerned parents, Mr. Olusegun Aremu, they alleged that there was no justification for the school’s management to thwart the efforts aimed at setting up a PTA for its secondary schools, while there is a PTA for the primary school wing of the school.
According to the statement, “we are in a tussle with the owner of Riverside Schools Channels Road, OPIC, Isheri Lagos on the formation of PTA for the school. The struggle started about a year ago”
We the concerned parents of the students of the Riverside College approached the Proprietress and management of the school on the importance and need to have PTA in place for us to have a forum so as to interface at regular intervals with the school on issues bothering on our children.
To our utmost surprise, the school told us they were not interested in any formation of PTA. We wrote letters to them on our decision and still they didn’t respond. We, however, formed a WhatsApp platform to brainstorm and to strategise on the possible ways to have PTA. “
also see:

“The number of the parents on that platform grew to about 50 and we all are clamoring for the school to work with us to have PTA body in place. Sometimes in December 2021, the school management called an emergency meeting of parents and that meeting we could not reach an agreement as parents’ agitation was high with tensed atmosphere.
“Again, another meeting of all parents was called where the school agreed to form what is call an Association of Friends of Riverside College as against the generally known PTA. All the concerned parents vehemently opposed to the proposal of the school management and insisted on PTA.
“Meanwhile, there is PTA in the nursery and primary section of the school where some of us also belong because we have children both in the Nursery/Primary and Secondary sections of the school but none in the secondary school.
When the concerned parents formed the WhatsApp platform and broadcast the link, some teachers of the school found their way in there despite that it was categorically said it is exclusive for parents only.
“We consequently removed all of them and reported the actions of these teachers to the school management and demanded an apology because some of the teachers came into the platform and insulted the parents. They were made to apologise afterwards.
When contacted, the proprietress of Riverside College, Mrs Dunni Adewuyi described as untrue and misleading allegation that the management of the school was thwarting the efforts of some parents to establish PTA, saying “this is just a case of mischief by a particular parent, hell-bent on causing crisis where non exit.
She stated: “We already have PTA for our nursery and primary school. There was agitation by few parents for establishment of PTA for our secondary section. We held a meeting with them and they later created a WhatsApp platform for the parents clamouring for PTA. Few of our teachers were there and management, myself and my husband decided to join. But, we were suddenly removed by the admin of the platform without any reason. This is not ideal. How can you set up a platform dedicated for PTA creation for our without carrying along  the school management, “Adewuyi remarked.