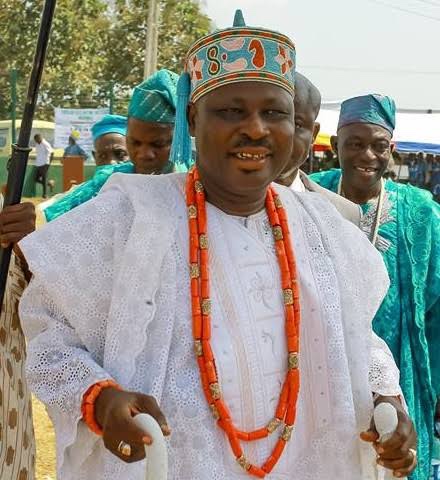 A Federal Lawmaker, Hon. Adedeji Stanley Olajide a.k.a Odidiomo on Monday condoled the Governor of Oyo State, Engr. Seyi Makinde over the demise of a first class ruler in the State, Aseyin of Iseyinland, Oba Abdulganiy Salaudeen.
The monarch joined his ancestors on Sunday after a protracted illness.
Olajide Odidiomo, Member Representing Ibadan Northwest and Ibadan Southwest area of Oyo State in a condolence message to the Governor prayed for the State, the family of the late monarch and the people of Iseyinland.
also see:

“I write to commiserate with my Leader and Governor of Oyo State, His Excellency Engr. Seyi Makinde on the demise of this great monarch. I equally condole my friend and colleague in the National Assembly, Hon. Shina Peller Representing Iseyin/Itesiwaju/Kajola and Iwajowa constituency on this unfortunate development.
“Kabiyesi Adekunle Salaudeen was a great monarch who made an indelible marks towards the development of Iseyinland in particular and Oke Ogun in general,” he said.
Stanley Adedeji Olajide Odidiomo continued: “my special commiseration also goes to my wife, Adenike Olajide, my in-laws who are the Asiwaju of Iseyinland; the great Adelabus and indeed the generality of sons and daughters of Iseyin, accept my heartfelt condolences on the Kabiyesi’s passing.
“May Almighty Allah forgive Kabiyesi of his trespasses and accept him unto Aljanah Firdaous. Amin,” Olajide Odidiomo added.