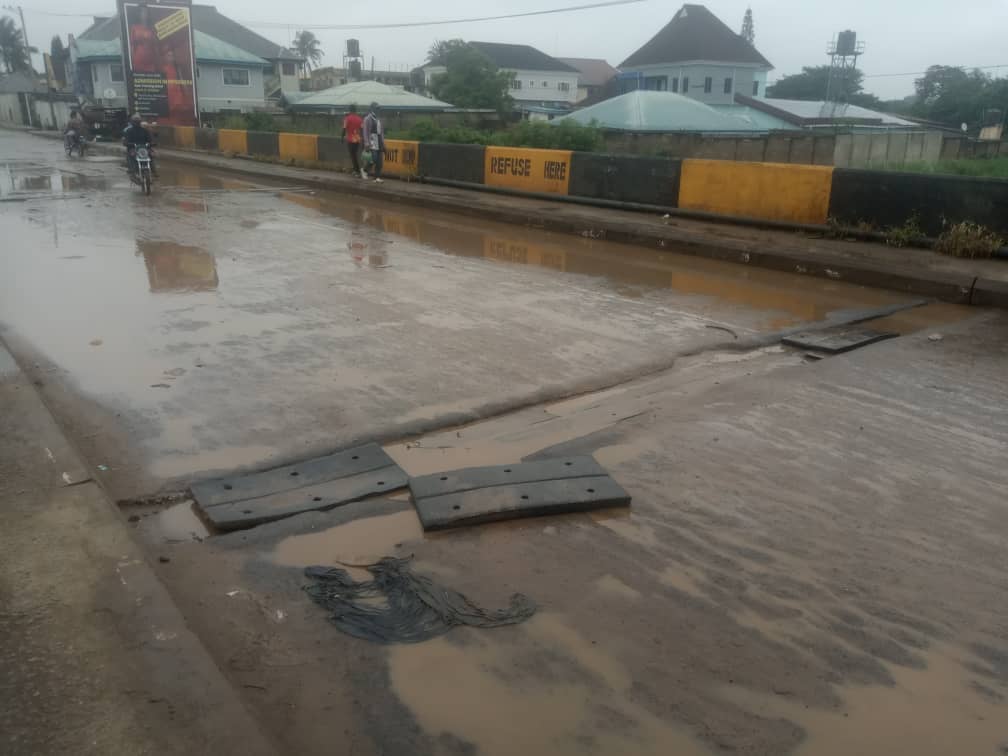 Residents of Oluyole Estate have appealed to the Oyo State Government to the repair the damaged bridge linking Mobil to Oluyole which has been responsible for gridlock in the axis particularly during peak period.
Some of the motorists lamented the rate at which they spend more time in gridlock due to the bad state of the bridge expansion joint which according to them has been there for close to one year.
One of them, who indentified himself as Alfred Nwaneri, while speaking with the Nigerian Tribune said:”Driving past this bridge in recent time has been hellish, and I am surprised something has not been done regarding the repair because it has been like this for almost a year, though it was not as bad as this, but because serious attention was not paid to it, the condition got terribly bad.
“Very soon, schools will resume for new academic session, and you know there are  many schools are domiciled around this axis which simply means there will be influx of vehicles as a result of that. What that also means is that the traffic situation occasioned by the bad portion on the bridge will move from worst to worse.
also see:

“What I can say right now, is to appeal to the Oyo State Government to please see to the repair of the bridge expansion joint before the resumption of academic session billed for the 19th of this month.”
An expert in the area of road construction, Mr Ibrahim Omorinde, who resides in Oluyole Estate and ply the road on a daily basis, noted that:”The expansion joint on the bridge has gone bad. Expansion joint is provided on the bridge to allow for expansion.
“Because bridges expand and contrast, that allows it to expand in such a manner that will not deform the bridge. So those rubber materials that have come out of where they were placed are the ones that protect the expansion joint from weather effect.
“Because if that expansion joint is not protected, when vehicles go on it, it will be getting damaged gradually. The essence of that rubber, is actually to provide a smooth ride and protect the expansion joint.
“It has not structurally gone bad, though, aesthatically, it has gone bad, but in terms of use, it has affected the bridge. Because the rubbers there make it easy for vehicles to drive on it without having to stop.”