Senator Osinowo’s Death, A Bitter Pill To Swallow For APC, Myself, Says Folarin 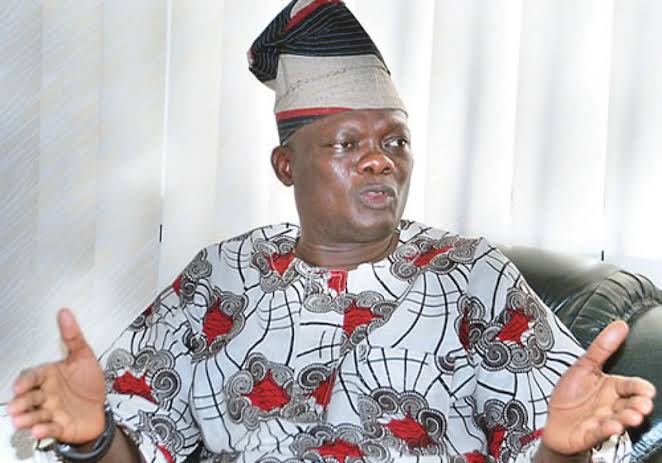 Senator representing Oyo Central Senatorial District, Senator Teslim Kolawole Folarin has described the death of one of his colleagues, the senator representing Lagos East Senator Sikiru Adebayo Osinowo (Pepperito)
as is a bitter pill to swallow.
Folarin in a statement in Ibadan on Tuesday who recalled the 2019 Hajji Pilgrimage he performed with the deceased said Osinowo made great impression on him for his religious tolerance, efficacy of prayers and service to humanity.
Folarin said; “The sudden demise of my colleague and brother, Distinguished Senator Sikiru Adebayo Osinowo (Pepperito) is, undoubtedly, a bitter pill for members of the 9th Assembly, the people of Lagos, Southwest Nigeria and the All Progressives Congress (APC).
“I would like to express my condolences to Senator Osinowo’s family, the Nigerian Senate, our great leader Asiwaju Bola Ahmed Tinubu and the good people of Lagos and Ogun State.
also see:

“Distinguished Senator Osinowo was unwavering in his commitment to a better Nigeria. I recall the 2019 Hajji Pilgrimage we performed together, he made very great impressions on me on religious tolerance, efficacy of prayers and service to humanity in extraordinary ways.
“My thoughts and prayers are with his family, friends and associates worldwide as we grieve over the loss of such an extraordinary individual who made a huge difference in the lives of millions of people in Lagos East Senatorial district and Nigeria at large.
“I pray that in this difficult time, God give us the strength and courage to bear the irreplaceable loss. The wonderful memories of Distinguished Senator Osinowo’s unique personality will be celebrated by all for a very long time.
“May ALLAH grant him Al-Jannah Fridauz.”