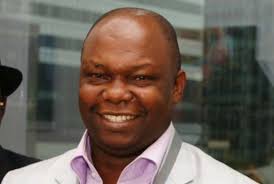 Rebellious squirrel’s head in the plate of soup

The trending news today is that Vice President Yemi Osinbajo is already laid on the fire gauze, preparatory to being roasted for dinner. The media has feasted on this news since it broke. Insinuations are rife that the recent directive that all agencies hitherto under Osinbajo should report directly to President Muhammadu Buhari are symptoms of a divorce notice of a marriage held together by the un-enduring glue of politics. Media reports said that the directive was a mere smokescreen for a more grievous crucifix that has been erected for the Vice President.
There is no denying the fact that Osinbajo appeared on the outwards, in the midst of the general bad impression of governance of the Buhari government, as a poster-boy of how government should be run. Whatever those who seek his decimation may bring up as his Achilles’ heel, what is trending in the media as their grouse against him are the few governmental achievements that can be ascribed to the Buhari government. For instance, the sacking of Lawal Daura as Director-General of Department of State Services on August 7, 2018 and appointment of Walter Onnoghen as substantive Chief Justice of the Federation by Osinbajo as Acting President, until revelations of the latter’s litany of wrongs in the judiciary started creeping in, were two of the actions of this government that are lauded by the people. That the allegations of moves against him possess colourations of corruption are however the point at which the so-called cabal who want Osinbajo’s head on a platter may be justified if the allegations are proved.
It is not because he shares same ethnicity with people like us but the penchant of vultures of power in Nigeria to decide the fates of their victims and begin the process of roasting their flesh, even as they search for tinder to barbecue their meat, should be frowned at. Many of the allegations against Osinbajo are said to have spanned the immediate years of the ascendancy of the Buhari presidency. Why did the pallbearers earmarked to carry Osinbajo’s political remains keep mum since that time but now feel it is time to singe his flesh?
I pray that the whole media blitz of attempt to crucify the Vice President is not true after all. If it is, it will be another bitter lesson to southern faggots of power who are used to roast their own people. Mr MKO Abiola – God rest his soul – realized this too late. Olusegun Obasanjo realized too, rather late. Many others did too. Osinbajo will by now be realizing that loyalty and dedication to one’s nativity and one’s people are a core necessity that precedes loyalty to Nigeria. Nigeria is a vague construct and literally does not exist. It is like the case of the proverbial squirrel which turned deaf ears to wise counsel but lies prostrate in the hunter’s plate of soup. The elders ask, as riposte to the squirrel allegory: a child warned by elders of dangers ahead should heed wise counsel.