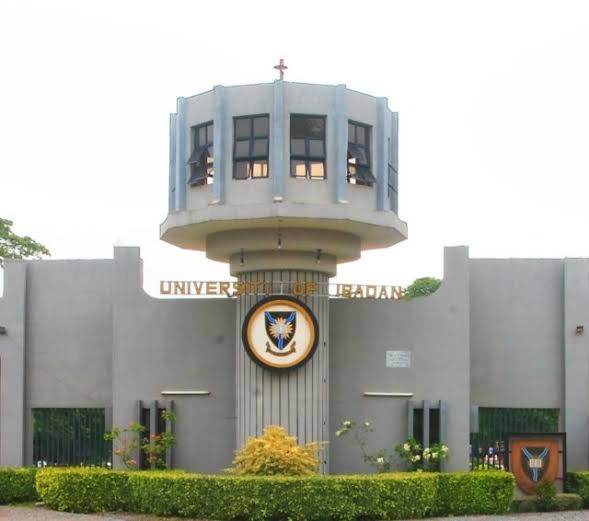 By December this year,  the Vice Chancellor of the University of Ibadan, Professor Abel Olayinka will be completing his 5years tenure at the helms of affairs of the University, as Vice Chancellor.
Olayinka who became Vice Chancellor of the institution in 2015 succeeded the former Minister of Health, Isaac Adewole after his five years term.
Till date, despite having many competent professors, no Ibadan indigene has been giving the opportunity to lead the premier university as VC in the last 72 years existence of the University.
Fillers from the university environment revealed that Ibadan indigene who are professors are not happy with the development, alleging that the choice of becoming Vice Chancellor has been monopolized by none indigenes.
Though all the parties involved agreed that the appointment of vice chancellor of any institution is always based on merit but Ibadan indigenes argued that the host  town of the premier university had produced competent professors who are equally and eminently qualified to lead the school over the years but they are being marginalised.
Oyoecho reliably gathered that prominent Ibadan indigenes have waded into the matter and set up a committee led by the Senator representing Oyo Central Senatorial District, Oloye Teslim Folarin to ensure an Ibadan indigene emerged as the VC of the university.
“The politics of the choice of chancellorship of the university despite brilliant and qualified professors has been playing out between three states in the southwest region namely; Ondo Osun and Ekiti state,” a source has said.
Also, no competent Muslim candidate in the university community has been able to lead the premier university in the last 72 years. Though, the chairman of Muslims community in Oyo state, Shik Kunle Saani in a recent interview with oyoecho said the choice of vice chancellor should be solely based on merit and not religion sentiment but a source at the university told our correspondent that the race is very tense among qualified Muslims who are professors at the university.
Another source at the campus told oyoecho that leadership of a Christian group, chapel of resurrection who are professors and members of the senate at the school threatened that Muslim cannot become VC, if the chapel remains united.
He said; “we heard members of the senate who attend chapel of resurrection at the university said a none Christian cannot become a vice chancellor at the university, if the chapel remains united.”
Another factor giving the university environment concern is gender-based. In the last 72 years, despite brilliant impute of female professors, the institution only allow them to assume the office of Deputy Vice Chancellor.
A source closed to the university who plead for anonymous mentioned names of professors such as the great historian, Emeritus Professor Bolanle Awe as one of the most qualified professors to lead the institution.
The source urged the senate and management of the premier university to emulate university of Bennin who appointed, female professor, Prof Allele Williams as VC, saying it is a precedent for every university in Nigeria.
He said; “the politics here is dirty. Those people are wicked. You can imagine in the last 72 years of existence of this great institution, no Muslim, Ibadan indegene and even a female professor has been allowed to take over the leadership of this great institution. But we are waiting to see how things will play out, this time. Text messages has been going round in the campus environment. The race is very tense now.
“The current vice chancellor who is arc enemy of the university immediate past VC and former minister for health, Isaac Adewole is supporting his Deputy, Professor Adebowale an Ibadan man but Christian while Professor Aderinto who is from Osun state is a Muslim. So, either way, their agitations will be answered. But I think people are more comfortable with an Ibadan man,” he said
As usual, the registrar of the university, Olubunmi O. Faluyi released a statement to advertise the process for the office of the chancellorship of the institution.
Among the criteria listed was for the candidate for the post of Vice Chancellor to possess a good
University education and should be a proven, successful manager of human and material resources.
The statement reads; “Specifically, the candidate shall be expected to: (a) be a highly distinguished scholar of the rank of Professor, with a minimum of ten (10) years experience on that level and demonstrate ability to provide academic and administrative leadership for such a well established institution; (b) be a person of proven integrity; (c) be not more than 65 years old as at the date of possible assumption of duty on 01 December, 2020; (d) command the respect of the national and international academic communities through his/her track record; (e) strengthen the bridges between staff, students and other members of the University community; (f) be a person with a clear vision for the development of the University (g) enjoy excellent physical and mental health;
(h) attract the much-needed funds into the University.
“The Vice Chancellor shall hold office for a single term of five (5) years only on such terms and conditions as may be specified in the letter of appointment.
The remuneration and other conditions of service are as applicable to the post of Vice Chancellor in all Nigerian Federal Universities and as may be determined from time to time by the Government/Governing Council as appropriate.”
The crux of the matter remains the question; will the Ibadan indigenes or Muslims brothers or female gender have their ways in December? Time will tell.
also see:

Once Upon A Decent Premier University