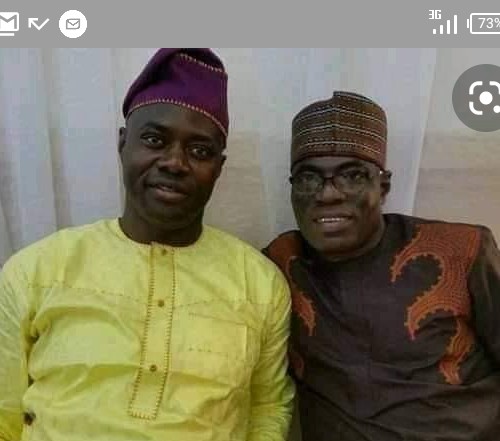 Following a verbal assault against a Chieftain of the Peoples Democratic Party (PDP) in Oyo state, Alhaji Bisi Olopoeyan by a Senator representing Oyo south senatorial district, Senator Kola Balogun on a popular radio station in Ibadan on Thursday, the party chieftain in a swift reaction said the senator is not worth to be a senator in Nigeria.
He said his choice as the flag bearer of PDP in Oyo South senatorial was a dirty slap on the face of the party in Oyo state.
Olopoeyan made the declaration while reacting to the recent praises showered on the Chairman, Park Managers Disciplinary Committee, Mukaila Lamidi Auxiliary by Senator Kola Balogun for attacking his person.
It could be recalled that Olopoeyan recently expressed bitterness over the way the party is being run in the state, making him doubting the certainty of the party’s re-election in the state in 2023.
Olopoeyan lamented the neglect of the party members by Oyo state governor, Engineer Seyi Makinde and PDP politically elected officers, saying aggrieving party members may not work for their re-election in 2023.
While describing Oyo PDP chieftains and members as used and dumped personnel, saying governor Makinde killed the party structure in the state immediately he won the state governorship election.
Reacting to the claim by Olopoeniyan, Auxillary queried the contribution of the party chieftain to the emergence of this present administration under Governor Makinde in the state.
also see:

Olopoeyan who tagged Senator Kola Balogun as opportunist who never worked for the position he currently occupying said both the senator and auxiliary are not member of the PDP in the state.
According to him, “Both Auxiliary and Kola Balogun are not members of the PDP. During our struggle ahead of 2019 general election, Auxiliary was in prison, he has no voter’s card or membership card.
“Kola Balogun was a member of ADC, even governorship aspirant, he did not partook in PDP primary, Bayo Lawal won the party ticket for Oyo South Senatorial seat but the ticket was taken away from him and handed over to non member of our party, in person of Kola Balogun.
“If not because of my support Bayo Lawal can never win Azeez Gbolarunmi in the primary but at the end of the day, the ticket was taken from him.
“And as a party man, I had to oppose it because he was not a member of our party, and that is the reason he did not value the party.
“And I can say it boldly that if not because of our support Kola Balogun can never defeated Ajimobi, but we have to support him because I can not vote for another party.
“If Kola Balogun as a Senator is a PDP party man, he wouldn’t be praising ex-convict against the party chieftain because I am trying to call the attention of the Governor to the wrong doing in the party.
“If he is a true party man, he would not be distributing a congo of beans as a palliatives while members of House of Representatives such like Oluyemi Taiwo in Ibarapa and Stanley Olajide are distributing various food stuffs as palliatives.
“Senator Kola Balogun and Auxillary are birds of the same feather, there are other four legislators at the Federal level, non of them raise eyebrow because of my outburst about the situation in our party.