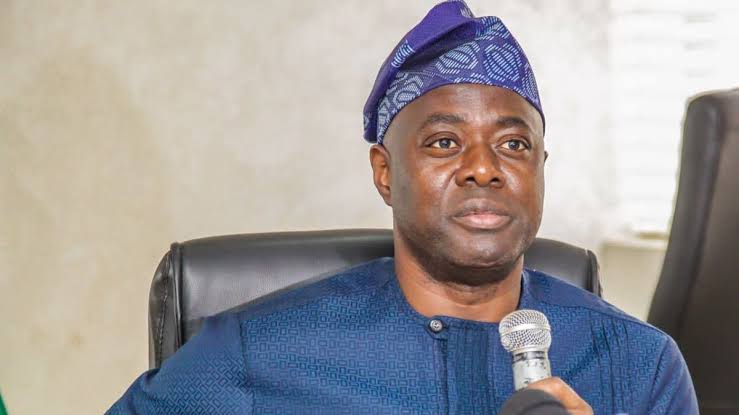 The Oyo State Governor, Engineer Seyi Makinde, on Wednesday, literarily described former governors of the state, Senator Rasidi Ladoja, Adebayo Alao-Akala and other members of opposition parties who have been vowing to chase him out of office in 2023 as charlatans.

Zenith Labour Party (ZLP) led by Senator Rasidi Ladoja had on Tuesday after its Oyo south senatorial district meeting in Ibadan vowed to unseat Makinde in 2023.

Also, the leader of the APC reconciliatory committee and former governor of the state, Chief Adebayo Alao-Akala had during the weekend after a meeting of stalwarts of the party said the party would ensure Makinde is not return to government in 2023.

Makinde said the same opposition politicians who have been posturing about 2023 were roundly rejected by the people in 2019, stating that such politicians have nothing to offer by trying to distract him with talks about 2023.

He asked them to calm down, as, according to him, it is too early to start talking about second term.

Makinde stated that even if he decides not to seek re-election in 2023, the state will not fall into the hands of charlatans anymore.

“Let me sound this: if I will not seek re-election, I am sure that Oyo State will never, again, be in the hands of charlatans. So, calm down. It is even too early to start talking about a second term. Some parties that do not have even one councilor are saying that they will send me out of the Government House in 2023,” he said.

He said the project is expected to cover 223.8 kilometres of roads across all the zones of the state, commending the state’s Bureau of Public Procurement for saving the state over a billion Naira after it vetted the original proposal.

He added that the second phase of the Light-Up Oyo Project is expected to be completed within nine months, noting that the first phase in Ibadan is already at 87.5 per cent completion.

He stated that the phase one would have been 100 per cent completed but for the COVID-19 pandemic, which stopped a number of expatriates from making it to the country.

In a swift reaction, the chairman of the Zenith Labour party in the state, Chief Wole Abisoye said Makinde is entitle to his opinion, adding that the governor is an ingrate. “anybody could say whatever he likes but the party had make their opinion known,” he said.

The spokesman of the the APC in the state, Dr. Azeez Olatunde said the derogatory language used by the governor is best to describe the governor himself.

He asked who is a charlatans? Saying “It means somebody who didn’t know what he is doing. Makinde did not know what is doing. He is a chalatant. I have five reasons to prove my point. He can’t survive 2023 with his wrong polices,” he said.

TESCOM: Blame Your Parents For Your Failure, Not Makinde -Oladoja