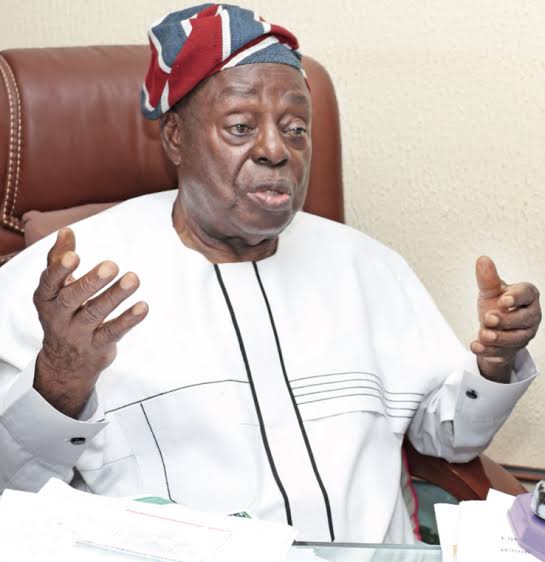 Crown Solicitor Chambers has emerged, along  other three law firms to qualify for the semi finals in the ongoing Aare Afe Babalola SAN / Ibadan Bar League football competition in Ibadan , Oyo state capital.
The other three lucky law firms who qualified for the semi finals are Aiku & Co ,  Adebayo &Gbadamosi
and Abike chambers .
At the end of the tension soaked matches played last Friday,20 November, at the Olubadan stadium, Olujimi & Akeredolu chambers and Aiku & Co chambers played draw with two goals on each side.
It was however, a surprising end , when Abike Chambers subdued its hard fighting opponent, Iman Law chambers with 6-0 .
On the other hand, MFL Chambers and Crown Solicitors played 2 – 2 draw , while the match between Adebayo & Gbadamosi Chambers and Adeniyi Akintola Chambers was 3-0 ( walk over).
Twelve  teams from different law firms in Ibadan , Oyo state  are participating  in this year’s Aare Afe Babalola ,SAN / Ibadan Bar Football League , which commenced on Friday November, 13, 2020  at the Olubadan stadium.
Apart from the trophy , and medals , the winners of the football league will be going home with a cash prize of N250,000 , while the teams that emerged second and third place will smile home with  N150,000 and N100,000 respectively .
However, the football league was solely sponsored by the Afe Babalola & Co ; comprising the four branches ( Ibadan, Lagos , Abuja , and Port-Harcourt ) to celebrate and honor the founder/Principal , Aare Afe Babalola do to his untiring contributions  to legal practice and to Nigeria at large.
Earlier , Mr. Oluwasina Ogungbade , a Partner at Afe Babalola & Co  , said the football competition was  part of the NBA Week , while the football league would be held annually in honor of Aare Afe Babalola .
He explained that the NBA  Ibadan branch co -hosted  the football competition amongst the legal practitioners within the Ibadan Bar famously known as the Premier Bar to celebrate the nation ‘s legal icon , Aare Afe Babalola.
He  said ” we have chosen to use football as a mark of honour for our founder/ Principal because of his love and passion for football , our founder/Principal always finds time to watch good football despite his very busy working schedule”.
Besides, he said the competition has increase the bonding and deepen the friendship amongst lawyers in the premier bar .
also see: