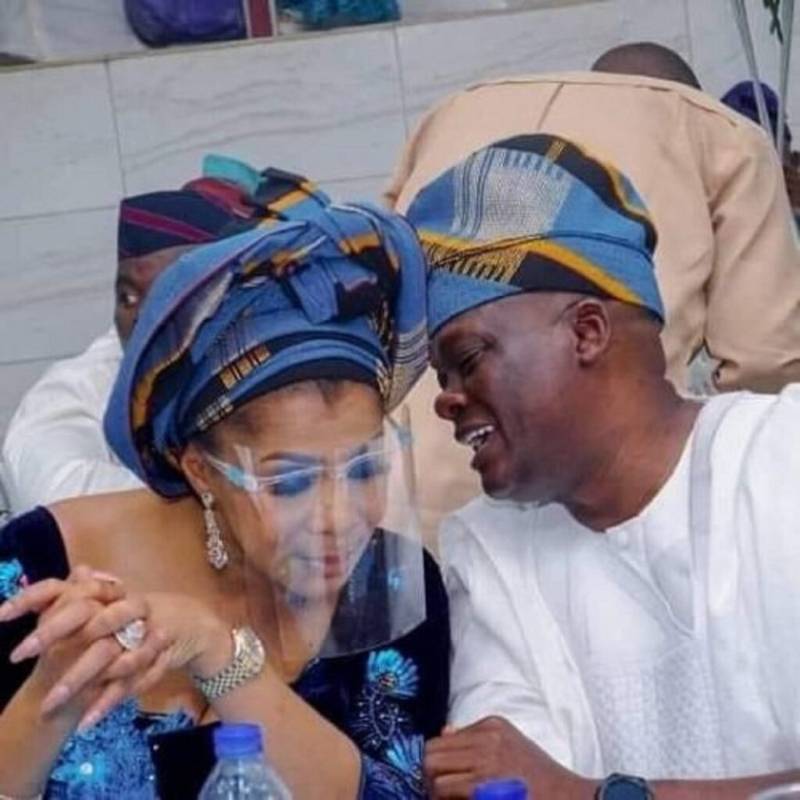 Angela’s Death: Sad, Devastating, Ayandele Commiserates Folarin Over Wife’s Death
Dr Olusola Ayandele, a renowned businessman and chieftain of All Progressives Congress (APC) in Oyo State has commiserated with Sen. Teslim Folarin(APC-Oyo Central) over the death of his wife, Angela.
This is contained in a statement he personally signed and made available to newsmen on Friday in Ibadan.
Angela, a legal practitioner, died on Friday afternoon in the United Kingdom
Ayandele said that he received the news of Angela’s death as a rude shock, describing it as sad and devastating.
He said that the deceased was a virtuous woman and great pillar of support to her husband, saying her death was a huge loss.
also see:

The Ibarapa-born politician and Senatorial hopeful, said the death of prominent people across the state in recent times call for fervent prayers.
“What we are witnessing at this period calls for fervent prayer from all. Truly, death is inevitable, but these losses are too huge to bear.
“Within a spate of two months, we lost three prominent traditional rulers, a former governor and some other illustrious Indigenes.
“Today again, we lost the wife of our Senator, Angela Folarin. All these are too huge to bear. We need to pray fervently to God over these losses,” he said.
Ayandele commiserated with Sen. Folarin and the entire family on the loss of Angela, praying that God grant them fortitude to bear the irreparable loss.
He also prayed that Almighty God grant the soul of the deceased eternal rest.