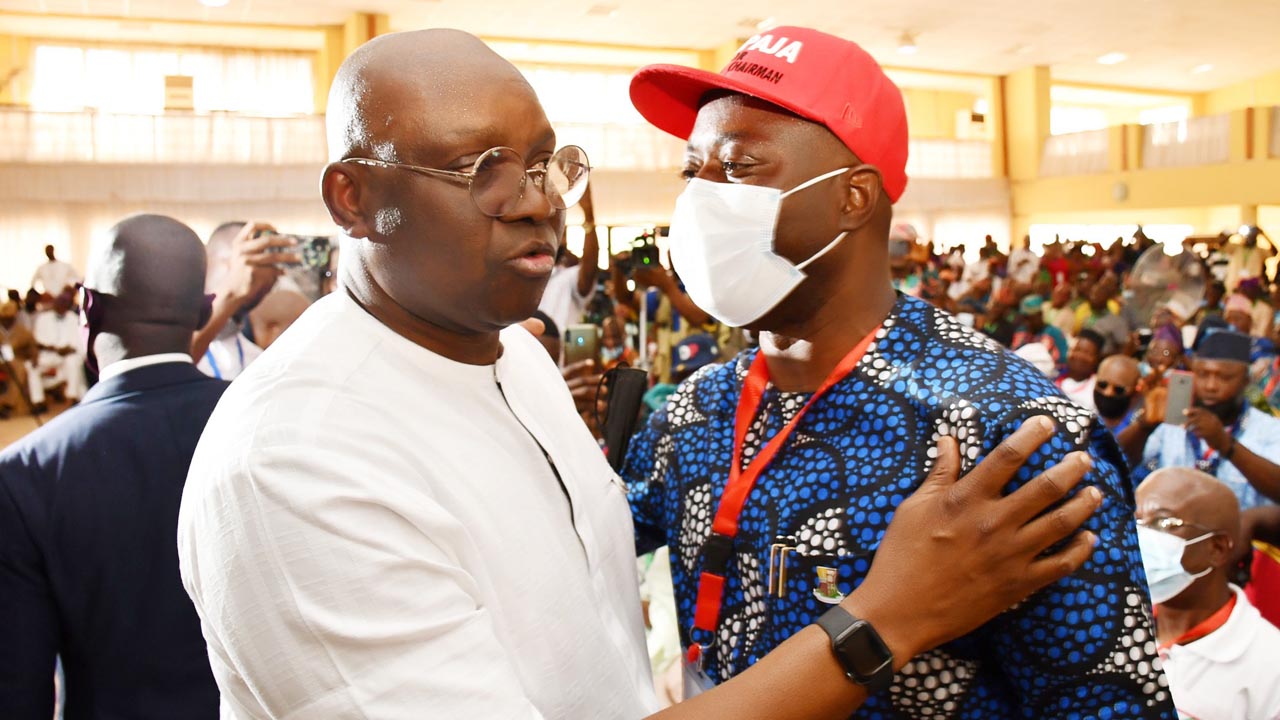 A former Governor of Ekiti State, Ayodele Fayose, on Thursday urged Oyo State Governor, Seyi Makinde, to step up support for the Peoples Democratic Party in Ekiti State to enhance its chances of winning the June 18 governorship election.
Fayose, who lauded Makinde for the level-playing field and positive disposition to Wednesday’s Ekiti PDP governorship primary election, also praised all PDP members and supporters in the state, especially the aspirants for the peaceful manner the primary election was conducted.
The former governor, in a statement titled ‘Fayose applauds Makinde, Oni, others over Ekiti PDP primary’, in Ado Ekiti, said, “By ensuring a level playing ground before and during the primary election, Governor Makinde has further earned my respect.
“With the first huddle scaled, I urge the governor (Makinde) not to relent in supporting us to win Ekiti State for the PDP so that after June 18, his position as the only governor in the Southwest will be further strengthened because he will no longer be standing alone.”
Fayose also saluted former governor Segun Oni, for his exemplary display of the spirit of sportsmanship, adding that “whatever happened before and during the primary should be allowed to slide as no group can win the election alone.
“Going forward, all stakeholders should be rest assured of their rightful place in the new arrangement,” Fayose said.