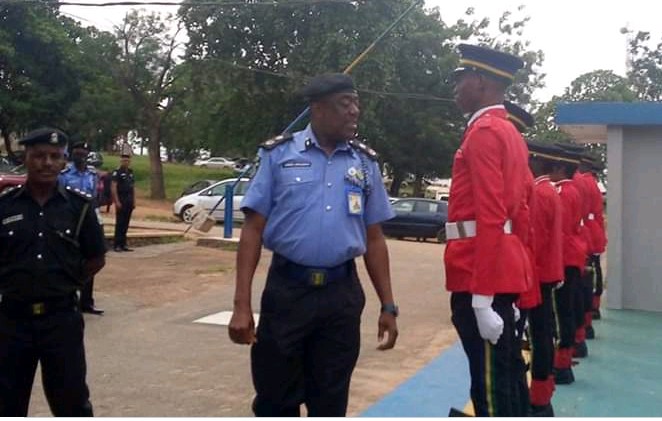 The Commissioner of Police, Oyo State Police Command, CP Joe Nwachukwu Enwonwu has relocated his office to Moniya area of Ibadan, the state capital to ensure the killers of an18-year- old, Baraka Bello at Oloro Area, kraal in Akinyele  local government and a 29-years old pregnant woman, Azezat Somuyiwa who were killed in the same axis are arrested and face the wrath of the law, the police public relations officer in the state, Olugbenga Fadeyi has said.
He said the Commissioner of Police relocated his office to the area along with the DC Operations, DC Criminal Investigation Department (CID), Area Commander Moniya, DPOs Moniya and Ojoo with all the Police tactical teams in the company of Special Assistant (SA) and Executive Assistant (EA) Security from Oyo State Government House.
The PPRO in  statement in Ibadan said;”Furthermore, intensified efforts are on by the Deputy Commissioner of Police in charge of Criminal Investigation Department (CID), Iyaganku Ibadan to unravel the misery behind the dastard killings. The Commissioner of Police therefore wishes to use this medium to put the record straight that Azezat Somuyiwa ‘f’ aged 29 years of Ijefun Community, Moniya that was killed at the early hour of 5th June, 2020 by some assailants was smashed with stone on her head. The deceased is not a post graduate student of the University of Ibadan as widely circulated on the social media. Her murder seems similar to that of a ritual killing.
also see:

“Consequent upon this, the CP wishes to further use this medium to thank the Inspector General of Police, Mohammed A. Adamu NPM,mni, the Government and people of Oyo State, the Traditional Leaders, Leaders of thought, Political Leaders, family members and others for their patience and understanding; while reiterating the Police in Oyo State assurance to get to the root of the matter. He equally advised members of the public to be wary of these hoodlums in our midst who carried out this heinous crime that is inimical to our safety and security and as well threatening our corporate existence. He nonetheless seized the opportunity to sensitize the members of the public to be extra vigilant and security conscious. The CP equally enjoined all and sundry to be at alert and also clear nearby bushes in their various communities.
“He reiterated the Command’s resolve to continue to rejig our security architecture for maximum protection of lives and property of the good people of Oyo State while he sternly warns the criminals to relocate from Oyo State as the Police in Oyo State Command is battle ready to crush any individuals or criminal gangs who is bent on disturbing the relative peace and tranquility being enjoyed by the good people of Oyo State.
“Finally, he urged all the good people of Oyo State to continue to go about their lawful businesses without any fear of molestation or threat from any quarters as adequate security measures have been emplaced to respond promptly to any security threats from any individuals or groups. The good citizens of Oyo State are implored to utilize our control room numbers when they are in distress. These are 615(toll free) Oyo State Security Trust Fund (OYSSTF), 08081768618 and 07055495413. Thank you and God bless Oyo State.”