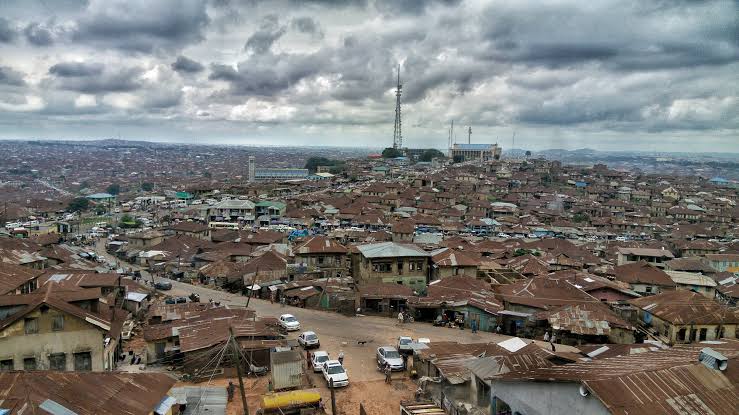 Lalupon is an ancient city in Ibadan suburb which gained the liberty of settlement under the command of Iba Oluyole of Ibadan land. This town called Lalupon is located on the outskirt of Ibadan, in Lagelu Local Government area of Oyo State. It is a gateway town between Iwo and Ibadan.
This evidenced by a saying: (ko seni tomede Ayan bi Eni to mu opa e lowo, Eni to gbe Omele lowo l’omo ohun t’omele n’so, O difa fun onilu Ibadan nijo to jopa e lowo onibode Lalupon) Meaning, No one knows what a drummer says with his drum except the drummer himself, one who handles Omele (the small drum) is the one that knows what Omele says, this called for Ibadan drummer the day he was misinterpreted to Onibode Lalupon who was placed by Orisaropo to keep watch over the town entrance. This drummer Ayantola Asinde sopa-ilu resided in Iwo and he usually goes to Ibadan to entertain Iba Oluyole every five days passing through Lalupon, while going he would therefrom entertain Orisaropo at Lalupon before heading to Ibadan for his main assignment, Orisaropo always feed him and give the drummer some valuables as compensation each time he came around, as time went on people jealously misinterpreted the drum talk of Onibode Lalupon to set quarrel which led to the above saying, perhaps with Orisaropo intervention as the head of town the rancor was settled.
Lalupon was founded by Awo royal warlord, called Orisaropo who was well-known as a courageous, brave and powerful warlord, through courage, bravery and how powerful Orisaropo was, he rescued Orisagade Isioye Gudugba who was sentenced to (Tubu) native detention in Ede Palace awaiting the time he would be beheaded to the god of iron (Ogun) in Ede by Timi, while Gudugba was in detention his mother in Iragberi sent emissary to her own brother Orisaropo in Lalupon to come for Gudugba’s rescue, to save him from capital punishment for an offence committed by Orisagade Isioye Gudugba in Ede during that time.
Orisaropo took heed, rescued Gudugba and took him to Lalupon to stay together with Orisaropo to guarantee Gudugba’s safety. Each time Orisaropo went for war expedition he gave Isioye Gudugba instructive command to stay behind, keep watch over affairs for him till his arrival, they continued the practice for a long period under Orisaropo reign and therefrom after the demise of Orisaropo Gudugba rose.
Orisaropo was a very powerful warlord, a prince from Awó town, an ancient town in the present-day Egbedore Local Government area of Osun State. Orisaropo left Awo for Ibadan, Ifa Oracle was consulted about where perfect he would settle, The Odu-Ifa upon which Lalupon was founded as given by Ifa Oracle is Oturupon Obadara. Orisaropo settled as directed by Ifa oracle consultation prior the privilege from Iba Oluyole to choose where he would like to settle
On getting to Ibadan, Orisaropo became one of Iba Oluyole’s brave warlords, they lived and actively fought many wars together. As a form of compensation, Iba Oluyole asked Orisaropo to choose where he would like to settle and he showed interest in settling at Lalupon, hence he settled in Lalupon.
also see:

As at the time when Orisaropo initiated the settlement, the town that has now transformed into city was not originally called Lalupon. It was on occasion of Iba Oluyole as at when he visited Orisaropo, Iba Oluyole was surprised meeting him (Orisaropo) in thick forest according to Orisaropo status as a prince from Awo, Iba Oluyole surprisingly told Orisaropo “you a whole prince in this forest”, ile-Ola ma ni pon o, therefrom the name –  Ola-to-ni-pon came up, later turned Ola-ni-pon and finally the name – Lalupon cropped up. Lalupon is derived from the phrase “Ola to ni Pon”, which reflects the majestic and royal influences of Orisaropo.
Lalupon is a town surrounded by many towns and villages to mention from the North – Ejioku, Ile-Igbon and Ariku, to the East – Erunmu, Odo-Oba, Gbanla, while Edun, Molunkan and Fatumo are to the West and Adeleye, Abioye, Atari and Arije to the South.
The primary occupation of most of the Lalupon dwellers is Agriculture and they are known for their expertise in the growing of Okro. However cocoa farmers, cocoa traders, people with other businesses of life and artisans were coexisting.
Obalogun deity festival came up in Lalupon in later years, it was originally an assembly place like a muster point where hunters assemble when one of them dies to perform ( ipa) hunter’s rituals for the deceased one among them, they also gathered at the same place each time there’s need to go for group hunting, while coming back from group hunting they would still assemble back to the same open place to display whatever animal killed during their hunting adventure before proceeding to the head of the town house (Baale) to rejoice. This adventure continued for long until the belief that each time they gathered at the place to prepare for their hunting game the deity of the land used to go with them with luck to kill animals, many atimes, due to this fact a symbol was placed at the point where they always gathered, they continued the practice as a game up till a point while the practice was not given much attention again, then wild animals frequently cross the town in broad daylight. When this began to happen, efforts were made among the hunters to hunt for celebration in order to bring into book of history each time a wild animal suddenly crosses the town in broad daylight, hence it always marked for celebration when wildlife crosses the town, be it 3-years, 10-years, 15-years, 7 or 20 -years, as the intervals may be for this to happen. There has never been a fixed time for the celebration of Obalogun as far as Lalupon is concerned. However, some references to it as prominent deity of the ruling houses of Lalupon, though there are other deities that are being celebrated from various compounds in Lalupon according to individual family beliefs, such as Orisa Ajagun, Orisa Ogiyan to mention just a few.
Lalupon as the largest Okro producing town was having its Okro market where buyers and sellers of Okro are brought into contact from far and near towns and villages around Lalupon to transact Okro business, Akunri market popularly known as Okro market, takes place every 5 days while the same Akunri is known for Amala sellers on daily basis. Lalupon also has evening time daily market that is traded every night, however this evening daily market ceased to exist for decades but during the reign of Oba Rabiu Olahansoye Akinmoyode it was brought back to existence and since then it continues up to the present days in Lalupon together with the Kajola market that takes place every 5 days, as the most prominent market in present Lalupon.
About the Current Situation of Lalupon Oba Stool
Following the demise of Oba Alhaji Rabiu Akinmoyode Olahansoye in the year 2016, Lalupon’s Oba stool became vacant, however, the controversial appointment and installation of Muniru Arigbabuwo who currently occupies the stool of Onilalupon has brought rancor and disagreement among concerned families since Arigbabuwo declared himself King in May 2019. This issues later degenerated into a court case which is still in court till date. As a result of this, Arigbabuwo was fined by the Olubadan palace for claiming a title not bestowed on him. Hence, no one can boldly support or oppose any party thereof, among the stakeholders within the families concerned until court injunction comes out and the real Oba is declared by the court of law. At this moment, no one is permitted by law to parade himself as the Oba of Lalupon