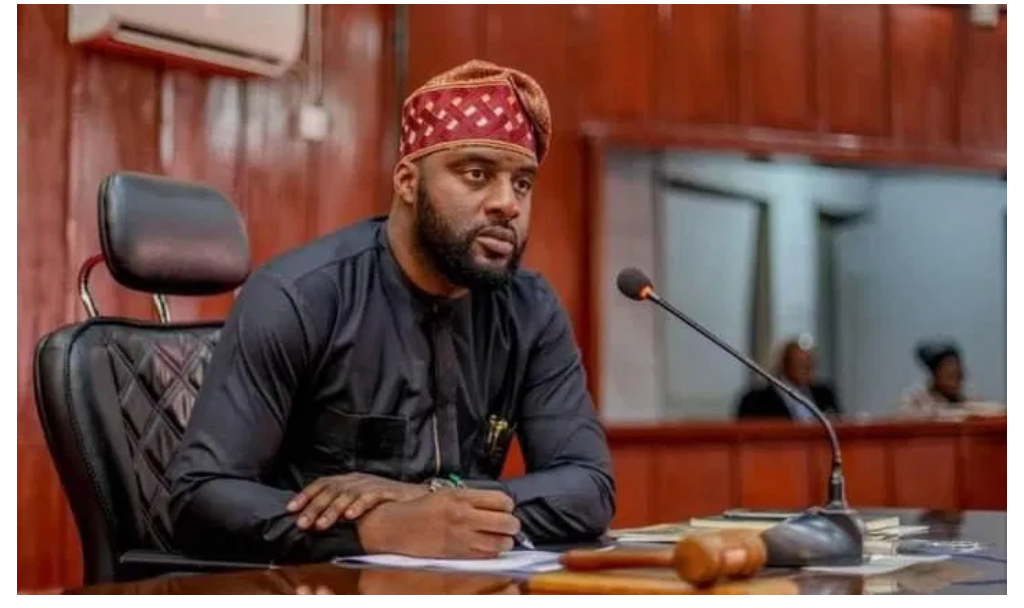 The Speaker, Oyo State House of Assembly, Hon Adebo Ogundoyin has promised never to deviate from his mission statement of giving and providing good and quality representation for his people.

Ogundoyin who is representing Ibarapa East Local government in the state of Assembly was apparently reacting to some comments accusing him of non-performance, imposition of candidate for local government election, and alleged undue influence and dominance on him by his mother, Yeye Tina Ogundoyin.

He described the comments and allegations as totally untrue, and urged the faceless group sponsoring such malicious news to at least consider and judge him by his political activities , accomplisments and vision for the good people of Oyo State and his entire constituents.

Hon Ogundoyin said rather than coming up with and suggesting ways of moving Ibarapaland and indeed Oyo State forward, the masterminds of the misleading allegations were hell bent on scoring cheap political points through peddling of false information aimed at casting aspersions on his person, discrediting and blackmailing his political status and dragging the name of his mother in the mud.

“For the umpteenth time, I don’t have any preferred aspirant out of all the five qualified persons jostling to emerge as the PDP candidate for the forthcoming Local Government election in Ibarapa East. I also wish to appeal to the group and its sponsors to leave my mother out of their dirty politicking as Yeye ,who is the Mother to all in Ibarapaland will not impose nor influence the choice of candidate for the LG election. This is democracy and the wish of the people must prevail. My mum is not involved in anything in the Local Government. She has always been reminding me of my election campaign promises to my people and the need to fulfill them. Mum is an advocate of good governance and will not compromise on this.” Oyo Speaker stressed.

According to the Speaker, because of his love and vision for education, he paid WAEC and NECO fees for hundreds of students in his constituency while another fifty benefitted from free JAMB forms , not to mention a modern and functional hospital he built in Lagaye and a place of worship requested for by the people of Oloro village.

“I have two School projects about to be completed, a block of 8 Classrooms at Temidire and another block of 6 Classrooms at Ojonamo in Lanlate . The two will be commissioned during my second year in office in May this year. As I speak, there is an ongoing construction of ten boreholes across all the wards in my Constituency while I am equally set to distribute hundreds of Motorcycles, Refrigerators, Generating Sets and others amongst my constituents. This is part of the empowerment program meant to mark my two years in office. This is not to mention my effort on the present status of Adeseun Ogundoyin Polytechnic, Eruwa and the facilitation of the accreditation of new courses for the Institution. ”

“Some of my Constituents have also enjoyed some employment opportunities and recommendations for appointment and other assistance through my good office. It is also noteworthy for me to mention my singular effort in the choice of Eruwa Farm Settlement by Governor Seyi Makinde for the 7.6billion naira Agricultural loan meant to develop two farm settlements into farm estates in Oyo State. ” He said

While commenting on the activities of the 9th Oyo State House of Assembly under his watch, the Speaker said that it was unprecedented that less than two years , the House had passed about sixty laws, had one hundred and forty-two resolutions and eighty-two Motions as against seventy-four laws passed by the 8th Assembly in four years.

He added that this is aside from the oversight functions of the 9th Oyo State House of Assembly which had helped in engendering good governance, complimenting the efforts of all arms of Government and enhancing the delivery of dividends of democracy to the people of Oyo State.

“I am happy that the House of Assembly I preside over has achieved quite a lot in less than two years in office. Of note is the passage of the Open Rearing and Grazing (Prohibition) law,
Oyo State security Network (Amotekun) Law, Violence Against Persons (Prohibition) Law,
Oyo State Agribusiness Development Agency Law, Oyo State Investment & Public Private Partnership Agency Law, Oyo State Anti-Corruption Agency Law, Lautech Amendment Law, Local Government (Pension) Fund Law, Tourism & Hospitality law and Child Sexual Offences Law just to mention but few. We are ready to do more as my vision is to set more records for the Oyo State House of Assembly as well as make lasting impacts in my Constituency and Ibarapaland as a whole. ” Hon Ogundoyin stated

He again appealed to the faceless group and its cohorts to invest their energy and resources on more productive ventures and activities and desist from spreading baseless information him and his family.