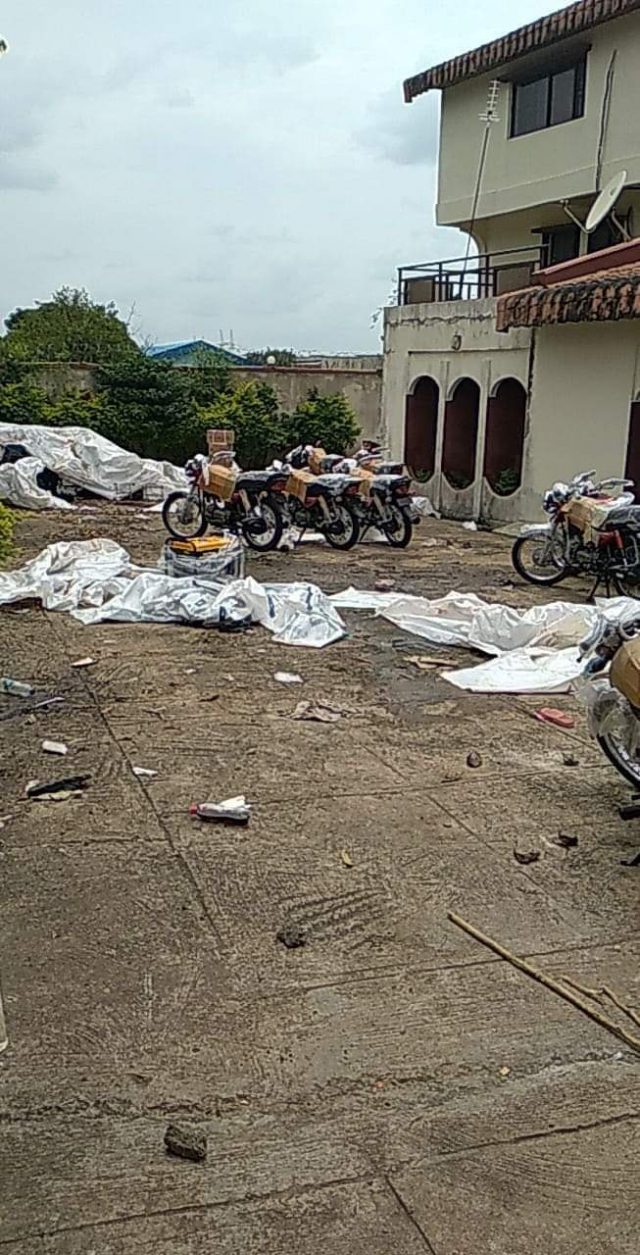 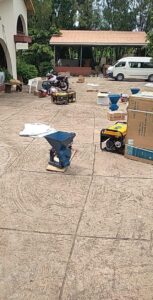 The Government of Oyo State has explained that the palliatives looted by hoodlums in the early hours of Friday, at a warehouse located in Akobo area of Ibadan, the state capital, did not belong to the state government.
The Oyo State Government maintained that the administration of Governor Seyi Makinde would never short-change the people, urging members of the public to discountenance the allegations and misinformation being spread on social media.
The state’s Commissioner for Local Government and Chieftaincy Matters and chairman of the Food Security and Palliative Committee of the Oyo State COVID-19 Task Force, Chief Bayo Lawal, stated this at the weekend, adding that the state is set to proceed with the fifth round of palliative distribution, which he noted was slowed down as a result of the nationwide protests.
A statement by Mr. Taiwo Adisa, the Chief Press Secretary to Governor Makinde, quoted Lawal as explaining that the bags of rice looted at the private warehouse in Ibadan were not the property of Oyo State.
He said that Oyo State was not supplied rice as part of the palliatives from CACOVID and that it did not distribute rice as part of the palliatives distributed to the people so far.
Adisa, in the statement, explained that some hoodlums had mistaken a private warehouse belonging to a company that operates in Ibadan, as belonging to the state government and had attacked the property and carted away bags or rice, which they erroneously thought were being hoarded by the government.
He said: “One, investigations at the moment eventually reveal that there was nothing that concerns the Oyo State government in that warehouse.
“Two, the warehouse belongs to a private individual who operates in Oyo State and was given a valid contract by the Coalition Against COVID-19 (CACOVID), a coalition of private organizations that have been helping states and the federal government to fight COVID-19, to supply them to a certain number of states.
“So, it was the rice that he procured on his own for repackaging that was mistaken to be Oyo State’s, that hoodlums looted.”
In his own explanations, the Commissioner stated that the state government could not hoard what it did not have, explaining that CACOVID only supported the state with cash, medical items and food items including Indomie and Spaghetti.
According to Lawal, the looted palliatives at the private warehouse, which consist of mainly packaged rice, did not belong to Oyo State, adding that the remaining items meant for the next round of palliatives in the state are stored at government’s designated warehouses.
also see:

He said that none of the state’s food items is stored outside the Secretariat.
He said: “It was really a big shock earlier this morning [Friday morning] when I started receiving calls alleging that food items meant for distribution to the masses were being hoarded. But when I enquired further, I was told that the bags of rice were looted in one of our warehouses in Ibadan, in Lagelu Local Government, to be precise. But I said it was not possible, because we don’t even have any warehouse outside the secretariat.
“All the palliatives given to us were stored in our warehouses within the secretariat, not outside. Whatever is being circulated that Oyo State was hoarding CACOVID-donated rice is wrong and baseless allegation. Though the Coalition wrote and promised to give us 62 trailer loads of rice, up till today, 23rd of October, 2020, we have not taken delivery of a single bag of rice from them. We discussed it at a recent exco meeting and the Oyo State Governor is aware of this too. So, we don’t maintain any warehouse outside the secretariat.
“We want the public to know that though CACOVID gave us indomie, spaghetti, there was nothing like rice. We are still expecting their rice up till today.
“The rice, which was looted, belonged to a private company that happens to be a CACOVID vendor for other states. The supply comes from various vendors just like our indomie came from Lagos and the supplier also is from Lagos. There are other items too. Some even came from Edo State. So, I am not surprised that we have some of their vendors here too, but the bags of rice were meant for other states, not Oyo State.
“So, the public should be aware that the allegations and all the information being circulated about the state on the internet are not correct. We have the interest of our people at heart and we even used our own money. If we can use our money to ensure that during the COVID-19 pandemic, people got palliatives from their government, why should we deprive them if there is any donation from any organization? Why should we deprive them of the benefit of enjoying it?
“We are law-abiding citizens. We did not even buy rice. Among the items we gave out, the Oyo State Government did not give rice. All that we packaged were garri, yam-flour, beans, things we produce locally. We did not buy rice at all. So, if we did not buy rice and CACOVID that has been helping did not supply us rice, where is the rice now coming from?
“This misinformation about the Oyo State Government hoarding rice is the work of the opposition to damage the reputation of the government. They are the ones spreading the rumour that the Oyo State Government is hoarding rice. You can’t hoard what you don’t process.”
Earlier,  the CACOVID vendor whose warehouse was vandalised, Mr. Alabi Femi Adeoye,  decried the untoward situation, stating that the looted rice at the warehouse were meant to be supplied to Abia, Cross-Rivers, Plateau and Taraba states.
He said that his company, which has been operating in Oyo State in the past five years, lost millions of Naira to the attack.
Meanwhile, some hoodlums have bugguled the Oluyole home of the senator representing Oyo central senatorial district, Oloye Teslim Kolawole Folarin.
The hoodlums according to close aide of the senator who spoke with oyoecho carted away motorcycles, generators and other valuables estimated to be over N200m.