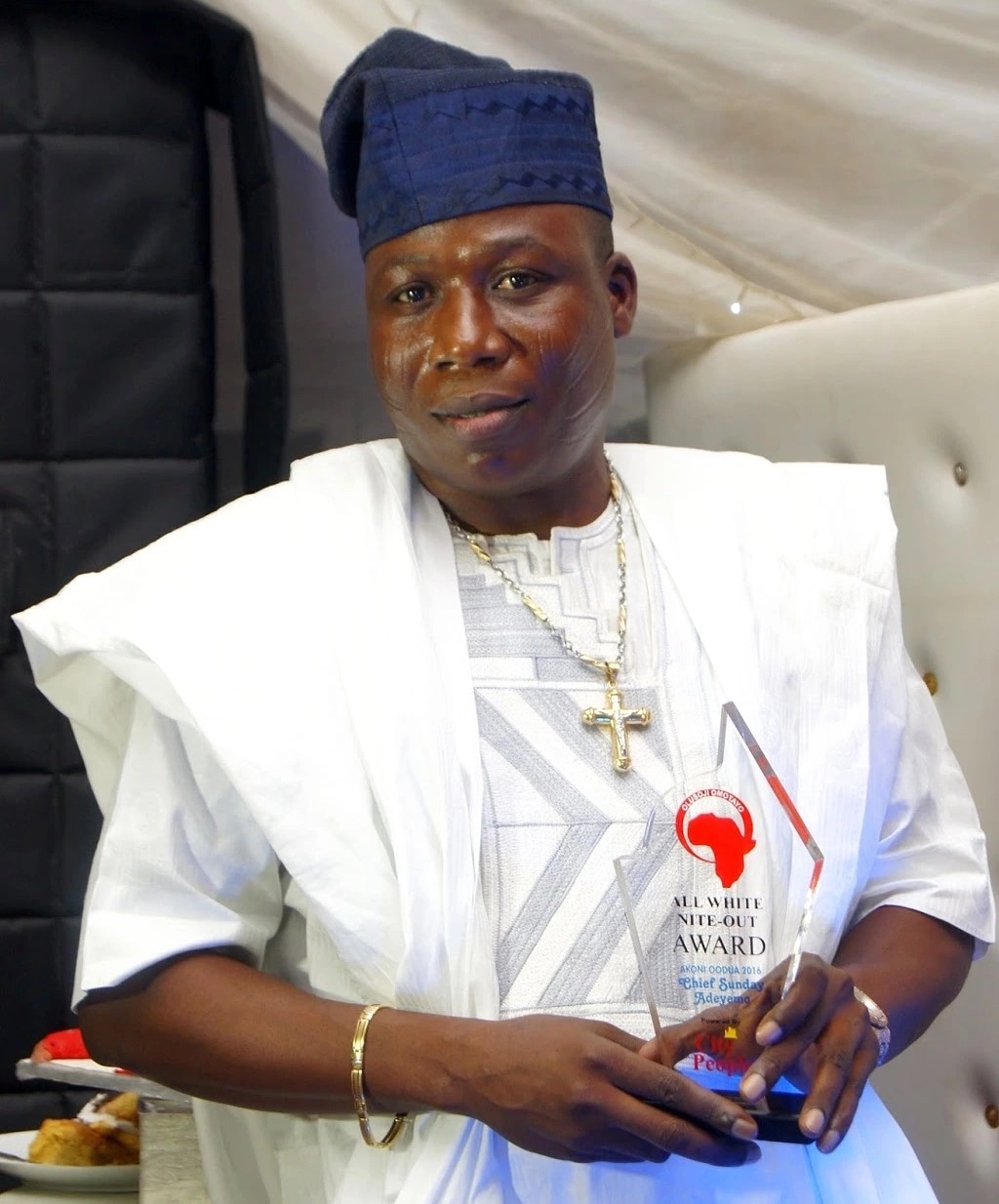 A Yoruba warlord and advocate of youths, Chief Sunday Adeniyi Adeyemo popularly known as Sunday Igboho, has called for calm among the youths as the EndSARS protests have now gone haywire.
Adeyemo, in a statement made available to journalists on Friday, noted that it is important for Nigerian youths particularly those who have chosen to hijacked the peaceful protest aimed at drawing the attention of the government to wroingdoings by a sectio of the Nigerian Police and turn it into an avenue to loot as well as destroying government properties to have a rethink as the future of Nigeria lies in their hands.
The Chief Executive Officer, Itesiwaju Oodua Foundation (IOF) said;  “I want to use this medium to appeal to our youths to please refrain from violence, stealing and other forms of criminalities as this would not in any way address their agitations. They should consider the fact that the future of this country Nigeria is actually in their hands and if they ruin it, what would they tell their children? So, I want them to embrace peace and calm down, while waiting for a reasonable response from the government.” He said.
He, however condemned the shooting of peaceful protesters by persons believed to be Military operatives at the Lekki Toll-Gate in Lagos on Tuesady, October, 20, 2020 and other killings recorded in other parts of the country.
He said:”This is the greatest act of lawlessness that has been displayed yet in the history of protests in Nigeria. Pointing guns bought by tax payers money against tax payers children is to say the least very sick.
“The government as a matter of urgency should set up a high powered inquiry into the cause of this heinous crime and identify who gave the orders to the Military men to fire shots at the protesters so that the culprits can be brought to book to deter future occurence and set a groud rule against impunity which has become the norm in our country.” Adeyemo noted.