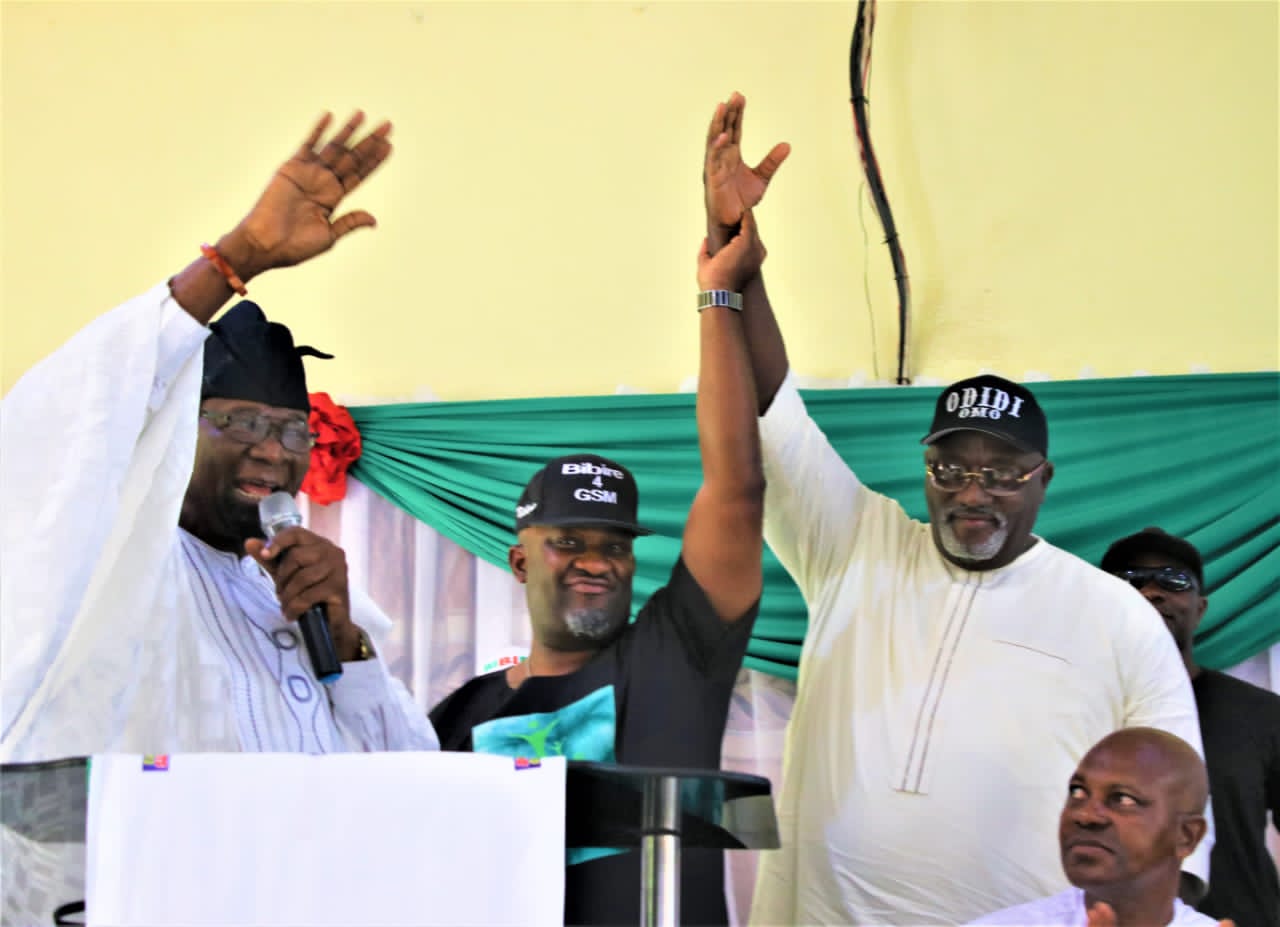 The lawmaker representing Ibadan Northwest and Ibadan Southwest in the Federal House of Representatives, Hon. Stanley Adedeji Olajide (Odidiomo) on Monday thanked his supporters; Leaders of the Peoples Democratic Party (PDP) in the two local governments for their supports and cooperation which paved way for his emergence as the party’s House of Representatives candidate.

Hon. Stanley Adedeji Olajide Odidiomo in a chat with Journalists hours after his emergence as the party’s flagbearer in the constituency, said Governor Oluseyi Makinde; the party’s executives at the State and the Ibadan Northwest and Ibadan Southwest local governments deserve special commendation for their unalloyed supports.

He also appreciated his colleagues who were co-Aspirants, Mogaji Akin Fagbemi and Abayomi Fagbenro (Bibiire) for their gallantry and rare display of sportsmanship.

According to Stanley Adedeji Olajide Odidiomo, “all our Leaders from His Excellency, Engr Seyi Makinde; the party leaders at the State and across Ibadan Northwest and Ibadan Southwest, my co-contestants, Mogaji Akin Fagbemi, Abayomi Fagbenro Bibiire, including my supporters and the delegates in the PDP, are my heroes and heroines.

“I pledge to reciprocate all their gestures in due course. As an Omoluabi, I can never be ungrateful to all of them including my leaders across the two local governments. They have all made me proud and I remain committed to work with them to retain this Federal Constituency for the PDP and win all elective positions for our party in Ibadanland and beyond.

“And you gentlemen of the press can now see that PDP is one big family going by the feelers from the primaries across the length and breadth of the State. There is no single breach of peace anywhere.

“We have conducted the most peaceful party primaries in the history of Oyo State and I wants to assure you that the gubernatorial primary coming up on Wednesday will be an icing on the cake for our party.

“We are irrevocably committed to win all elective positions for the PDP because of the need to consolidate on the achievements of His Excellency, Governor Seyi Makinde so that by 2027, Oyo State would have become a more prosperous State where all citizens and residents can live happily and enjoy real democratic dividends,” Stanley Adedeji Olajide Odidiomo added.