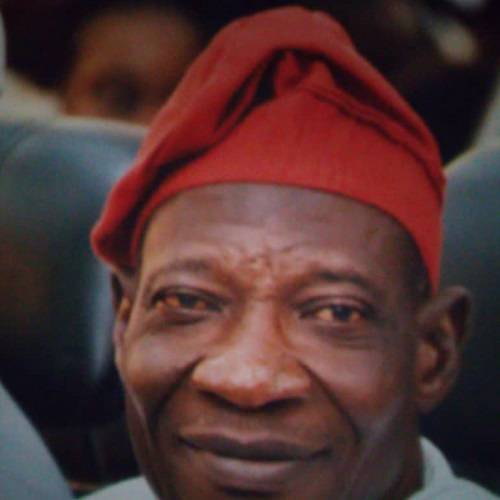 Proffer Solution To Challenges In Your Councils, LG Service Commission Chair Tells HLGAs
The Chairman, Oyo State Local Government Service Commission, Hon. Aderemi Ayodele, has advised the Heads of Local Government Administration in the 33 LGAs and 35 LCDAs in the state to ensure they are proffering solutions to challenges facing their councils.
According to him, that is the only way  the good gesture of the governor of the state, Engr. Seyi Makinde to the civil servants in the state can reciprocated.
A statement issued by the Director ESS, Mr. Adeola Oduola indicated that the chairman who spoke at a meeting held with the head of councils at the Water Corporation Secretariat, Ibadan, the state capital on Monday said prompt payment of salaries of civil servants by the governor should be appreciated.
The Commission boss  admitted that the local governments and local council development areas might have their unique challenges, notwithstanding the HLGAs who are the administrative heads of their respective council areas should be able to think outside the box by proffering solutions to such problems.
“One of the hallmarks of a good leader who’s worth his/her salt is the ability to tackle issues frontally. This trait I can see in my permanent secretary, who is so versatile that he cannot be rubbished in the scheme of things in the state service and any state assignment, yet he was once one of you. The challenges that came the way of the Commission were not allowed to become stumbling blocks, rather, he turned them into stepping stones, and eventually, they were surmounted. This is a trait all of you must imbibe. Problems are not just meant to be solved, but to equally bring the best out of us, ” Mr. Ayodele counselled.
He further said; “Since the inception of Governor Seyi Makinde-led  administration in 2019, it has been joy unspeakable for the people of Oyo State in general, and civil/public servants, as well as retirees in particular. None of these groups collect salaries or pensions later than the 25th of every month, except it will be earlier. To whom much is then given, much will equally be expected. It is against this backdrop that I want to state it for the umpteenth time that the only way to appreciate and encourage our humane governor to do more is by reciprocating his kind gesture.”
also see:

Speaking further, the Commission boss underscored the need for the HLGAs to be up and doing, set good examples for their subordinates to follow and avoid unnecessary altercation between them and their political heads.  “If  there’s any infraction under any guise at the local government level, you will be held responsible. You should not hide under any internally generated revenue accruing to the council  to engage in any form of profligacy or fraudulent practice. It is tantamount to financial infraction, which will attract sanction from the Commission.” Hon. Aderemi Ayodele said.
Also speaking on the occasion, the full time Commissioner 1 of the Commission, Alh. Oyesina Oyedeji enjoined them to key  into the four – point agenda of the State Government and replicate same at the council level. He cited the example of Governor Seyi Makinde who goes about inspecting projects unannounced, day and night, so as to ascertain the quality and speed of projects being executed. He reminded them that they had been invited so as to warn them ahead, and to make them realize that the fact that their places of abode could likely be far from their council areas should not be an excuse for lateness or truancy.
Earlier in his opening remarks, the Commission’s Permanent Secretary, Mr. Akin Funmilayo, told the HLGAs that the essence of the meeting was to sensitize them on the need to be up and doing, report any infraction observed so as not to be culpable, reminding them that absenteeism from work at the local government level is a great indictment on them all. Besides, for those whose staff print personal receipts, thereby shortchanging and depriving the council of its deserved revenues,  promising  that those found culpable would be sanctioned appropriately. “You all know that our Governor is up in arms about corruption, the more reason he does everything humanly possible to make workers comfortable to a very large extent. What else do you want?”, Mr. Funmilayo queried.
He however promised them that the guidelines for operations at the local council development areas would soon be released to them, thereby making them to wake up to their official responsibilities. . “Let me admonish you at this juncture that you need to buckle up because henceforth, members of the Commission will be paying unscheduled visits to your council areas, and report will be submitted for necessary punitive measures to be meted out to erring and recalcitrant officers, to serve as deterrent to others.” Mr. Funmilayo warned.
In their respective contributions, the HLGA of Ibadan North LG and Ibadan South West LG, Mr. Olumuyiwa Olaoye and Alh. Waheed Raji appreciated the Commission for the family meeting, which they said was very timely. While promising to turn a new leaf by taking necessary action in their various council areas, they solicited the assistance of the Commission in  giving council officials fair hearing whenever their political heads come to report, for the sake justice, fairness and equity. They also expressed the optimism that the issue of inadequate funding affecting the third tier of government would soon be looked into.
In his vote of thanks, the Commission’s director of administration and general services, Mr. Adedayo Solaja, appreciated the council administrative  heads  for their positive response to the Commission’s invitation, and assured them of the Commission’s  assistance and support whenever the need arises.
The special meeting meant to sensiitize the council officials  on the need to adequately engage their staff, make them responsive and responsible to the public, as well as replicate the four-point agenda of Governor Seyi Makinde administration at the grassroots, so as to facilitate rapid socio-economic development in the state, had in attendance Mrs Nike Arewa (member), Mr. John Adisa-Oke (member), Alh. Ganiyu Wasiu (Director of Budget, Planning, Research and Statistics), Alh. Jelili Alade (Deputy Director of Administration) and other management staff of the Commission.