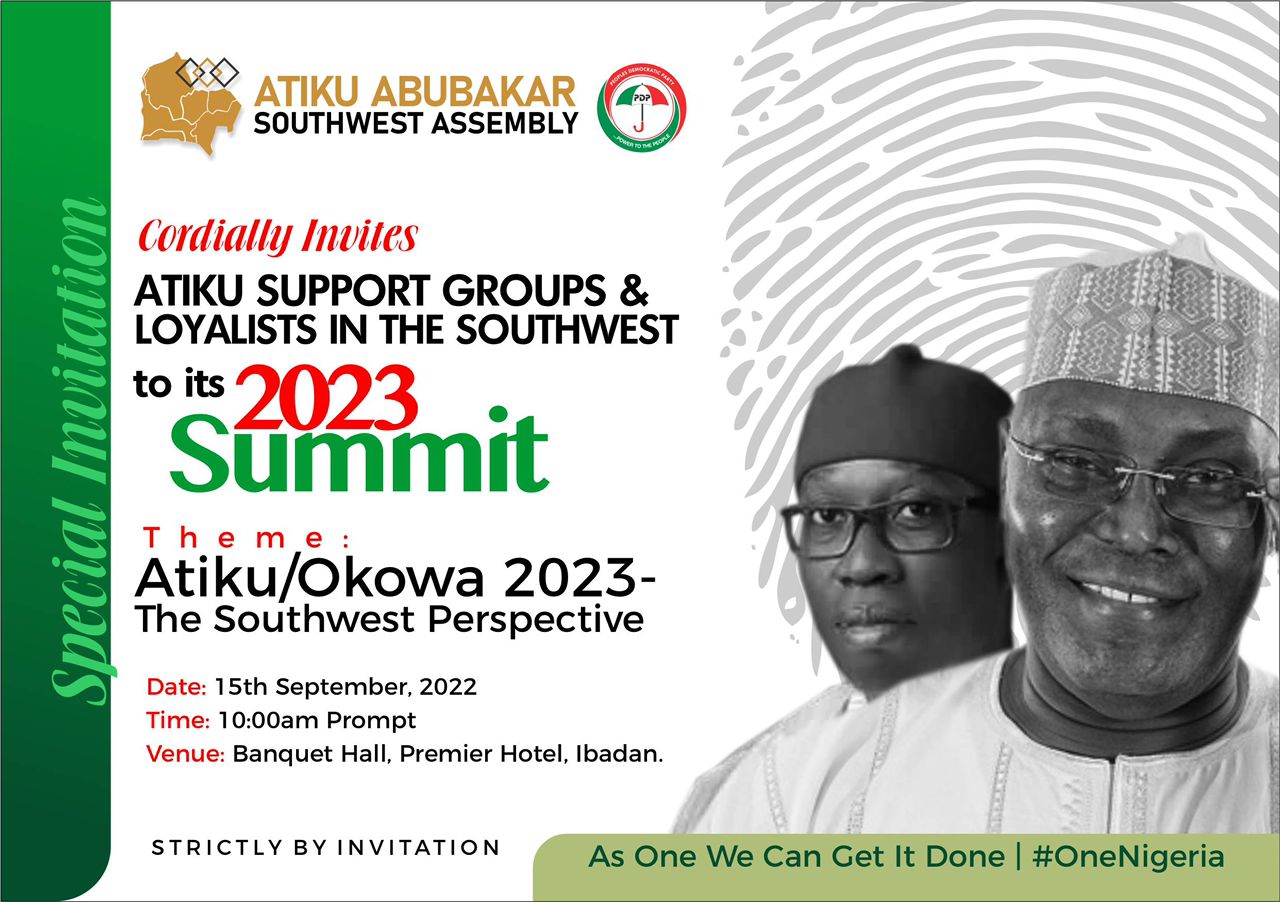 The Atiku Abubakar Southwest Assembly on Wednesday said it has mobilised one million Peoples Democratic Party(PDP) members from the southwest region for a day summit with the presidential candidate of the PDP, Alhaji Atiku Abubakar.

The summit tagged; “Atiku/Okowa 2023, the Southwest Perspective” is expected to be held at the Banquet Hall, Premier hotel, Mokola Ibadan on Thursday 15th September, 2022.

The group in a statement signed by it’s Secretary, Abdulsalami Olaitan said about 500 Atiku Abubakar support groups and loyalists in the region are expected to grace the occasion.

While the statement indicates that the event, commences at 10am, the support groups are expected to be in the ground to welcome the Presidential candidate of the party to Ibadan.

The statement reads in part; “The Atiku Abubakar Southwest Assembly welcomes everyone to the summit holding in Ibadan on Thursday. In honouring our father, leader and presidential candidate, we have mobilised about 1million supporters and group of Atiku Abubakar to grace the event.

“The summit tagged; “Atiku/Okowa 2023, the Southwest Perspective” which will be held at the Banquet Hall, Premier hotel, Mokola Ibadan will address some challenges facing our party in the region.”