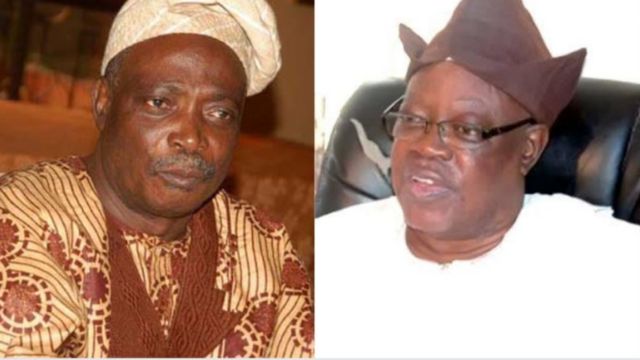 A chieftain of the All Progressives Congress (APC) in Oyo state, Akogun Sharafadeen Alli on Wednesday commended the Oyo state governor, Engr Seyi Makinde and Ibadan kingmakers for upholding Ibadan tradition in appointing new Olubadan of Ibadanland.
He also congratulated the Olubadan designate, High Chief Lekan Balogun as 42nd Olubadan of Ibadanland.
Alli in a statement he personally signed in Ibadan appreciated the role of former governor of the state and Osi Olubadan of Ibadanland, Senator Rashidi Ladoja whom he addressed as his father during the struggle/controversy trailing appointment of new Olubadan after the demise of the immediate past Olubadan, Oba Saliu Adetunji.
According to Oloye Sharafadeen Alli, Senator Ladoja and other High Chiefs have allow peace to reign in Ibadan traditional institution.
also see:

The former Secretary to the Oyo state government appreciated all High Chiefs, Senior Chiefs, other Chiefs, President-General and the Executives of CCII, other Ibadan Socio- Cultural Clubs, Mogajis, Baales and all natives and residents of Ibadanland for their understanding during the period.
The statement reads in part; “as a major political and traditional key player in Ibadanland, I want to commend the Oyo state governor, Engr. Seyi Makinde for upholding tradition in ensuring that the right person emerges as Olubadan of Ibadanland. We have been watching with keen interest and we appreciate his decision.
“Though some people wanted to scuttle the tradition but he stood his ground. This is commendable. I also wants to commend my father, Senator Rashidi Ladoja for standing his ground in ensuring that the tradition is upheld. He never allowed any distraction.
“Indeed, I want to commend our fathers, the other High Chiefs, Senior Chiefs, Mogajis, Baales, all sons and daughters of Ibadanland and the entire residents of Ibadanland for their understanding. We are proud of our tradition and we shall continue to maintain it,” Alli said.