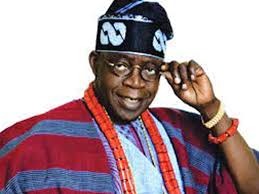 A former Secretary to the Oyo State Government, Alhaji Waheed Akin Olajide has congratulated the National Leader of the All Progressives Congress and erstwhile Governor of Lagos State, Senator Bola Tinubu over his emergence as the candidate of the party for 2023 Presidential poll.
In a letter of congratulation that he personally signed, Olajide said the outcome of the election process had shown that Tinubu has the courage of his conviction.
“Anybody who knows your antecedents as a dogged fighter cannot be surprised at the results, for you gave everything you had into it. With the same determination Sir, we should win the General Election, come 2023, by God’s grace,” the letter reads in part.
The full text
It is with a heart filled with joy and gratitude to God that I congratulate you on your victory at the just concluded Primary Election of our Great Party (APC) held in Eagle Square, Abuja.
I am Alhaji Waheed Akin Olajide, former Managing Director/ Chief Executive Officer of University Press PLC, former Secretary to Oyo State Government during the first tenure of Senator Isiak Abiola Ajimobi of the blessed memory and also a chieftain of our great Party, All Progressives Congress. Like you, I contested in the Primary Election to emerge as APC Candidate in Oyo South Senatorial Districts, but unlike you, l lost.
also see:

Anybody who knows your antecedents as a dogged fighter cannot be surprised at the results, for you gave everything you had into it. With the same determination Sir, we should win the general election, come 2023, by God’s grace.
You have it now, the party ticket, immense goodwill that cuts across the nation and uncommon knowledge of the political, economic, ethnic and religious challenges facing the country. Most importantly, you have the courage of your conviction.
To the thus however is nothing but to the effectively thus. If you would however not disappoint yourself and millions of Nigerians, you must ruthlessly act to deal with our security challenges within your first one hundred days in office. In any society, the need to secure lives and properties should be at the apex of the pyramid of key performance indicators. You may therefore had to distance yourself with the unedifying ways the security agencies have handled the matter. There should no longer be sacred crows that cannot be called to order.
Our foreign exchange is deliberately mismanaged by those who should protect it. Your Excellency, May I advise against fighting corruption as an exclusive strategy to stop leakages. Preventing corruption during your tenure might be a more effective option. The fight against corruption should henceforth be owned by the people.
The miracle you performed in Lagos was achieved simply because you tried to put round pegs in round holes, you have to resist doing otherwise when you get to Aso Villa. Sir, it is my prayer that your tenure will be full of national challenges whose solutions will make your profile rise higher (than now) as a Statesman.
When you get to Aso Villa, may you be able to think and act not as a politician, nor as a Yoruba leader but as a President whose tenure would reduce the polarization across the nation.