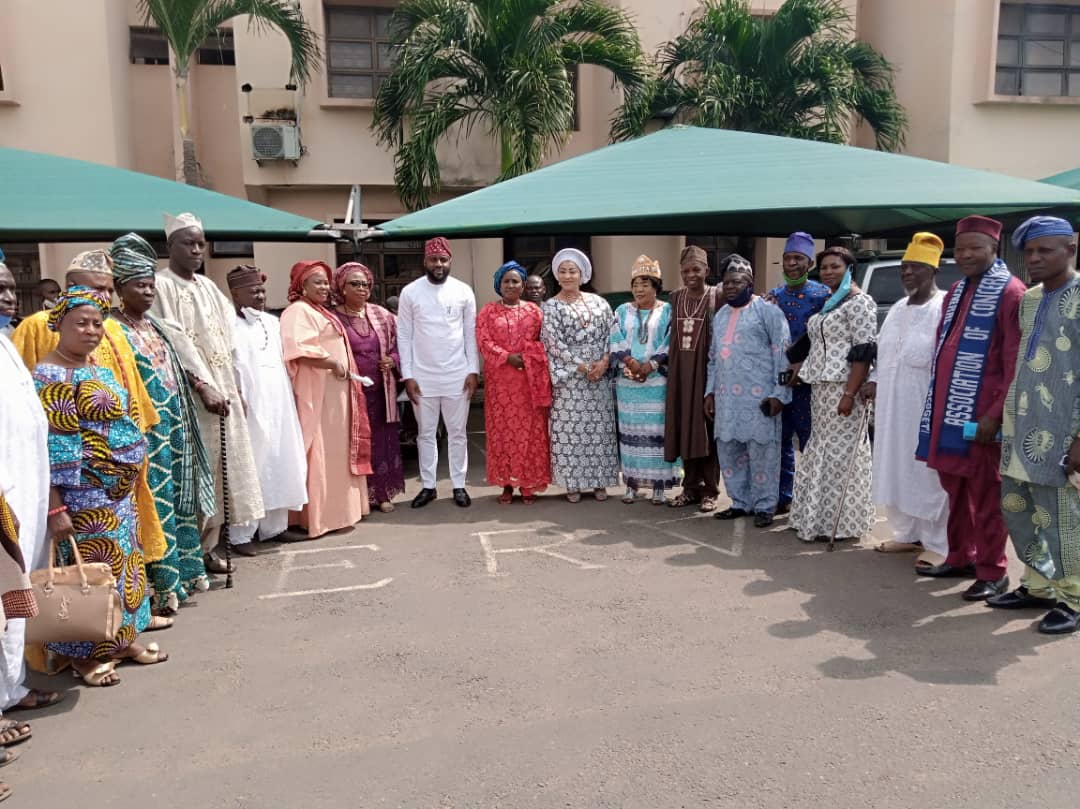 Market Leaders across in five zones of Oyo State on Wednesday warned Alhaji Y. K. Abass to stop parading himself as Babaloja-General of Oyo State.

The market leaders under the umbrella of Babaloja-Generals and Iyaloja-Generals said YK Abass cannot boast of support of one percent of traders in the state.

Speaking at the emergency meeting called by the concerned elders and well attended by markets leaderships from the five Zones in Oyo State on Tuesday in Ibadan, Alhaji Whaab Adebayo Elesin, Babaloja-General Oke Ogun described the action of Alhaji Y. K. Abass as unethical and insulting to over two million traders in Oyo State.

He said; “That Y. K. Abass is still parading himself as Babaloja-General of Oyo State is shameful and a reflection of ignoble and degenerating society. I have not seen where a man who hasn’t 1percent of a population of over 2 million men and women is forced on the majority.

“How would you explain a daylight robbery beside a state command headquarters of the police? Would you say the robbers possess more ammunitions or they outnumber the policemen in the command. Y. K. Abass and his conspirators are just minute in number, they can’t burgle our association with our eyes widely open. We are ready to resist the antics of the manipulators whose intention is to cause disunity among traders and force our people to troop out in protest against injustice,” Alhaji Elesin stated.

“Traders, market men and women from the zones listed above along with our members from the 11 local governments in Ibadan gathered at the House of Chiefs, Agodi in Ibadan last year to elect Alhaji Sunmaila Aderemi Jimoh as the Babaloja-General of Oyo State. Nothing has changed till this moment. He remains the authentic, let inferior be returned to factory for proper assessment and undergo normal process. Let me also add this, prior to his emergence as Babaloja-General of Oyo State, Alhaji Sunmaila Aderemi Jimoh was the Babaloja-General for the markets 11 local government councils in Ibadanland.

“We won’t accept any act of aberration or action that’s morally condemnable to override our decision to liberate our noble association from the hijackers, busybodies and political rats as they have done to other professional bodies, unions and associations.

Addressing the attendees, the Acting Iyaloja-General of Oyo State, Chief Mrs Justina Iyabode Ogundoyin said, “I appreciate everyone’s concern on Alhaji Y. K. Abass issue and I’m assuring you that our collective decisions would be respected and protected. We are working seriously with the national body, moreso that the southwest coordinator, Chief (Mrs.) Odunayo Danjuma is solidly on ground and already leading the cause, we shall end the activities of the intruders soonest,” Ogundoyin promised.

“Of course when it gets to the stage of protest, we shall do it peacefully for the public to see where market men and women belong. But for now we are putting the political atmosphere in consideration, already it’s highly tensed, to avoid giving chance to politicians and hoodlums, who are always ready to hijack peaceful protest for selfish interest, better approach will be considered,” Acting Iyaloja-General stated.

“However, it’s expected of the government and other relevant authorities to call Y. K. Abass to order. He is not known to us as a leader of any of our market units, not to talk about local government, therefore, he lacked qualification for a position of Babaloja-General of Oyo State. It’s our business, in actual fact some of our people went through hardship to secure loans from microfinance institutions, in the light of this we have right to select, approve and install who should lead us,” Chief Ogundoyin emphasised.